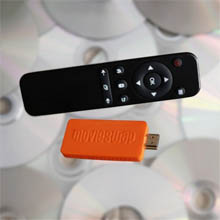 “What if you had an unlimited access to the LARGEST ONLINE MOVIE LIBRARY EVER? A community based library, where you could watch any movie online. A library where you could swap films with contributors all over the world and discover an infinite number of stories.

This is the revolutionary idea behind MovieSwap,” the service’s Kickstarter teased last month. The proposition did indeed sound attractive and how it would be achieved somewhat intriguing.

The team behind MovieSwap said they would take the idea of swapping a physical DVD with friends to its Internet-powered conclusion. After collecting millions of genuine DVDs from all over the world, ripping them and storing them in the cloud, the service would allow members to play them on any device, anywhere. 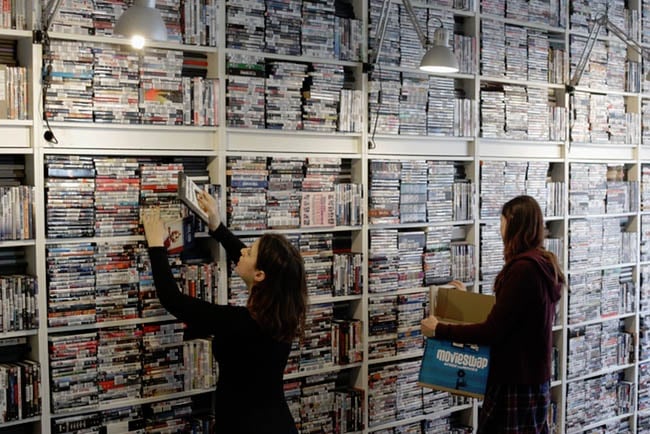 “Then, just like you can legally lend, swap, or offer a DVD to a friend, MovieSwap works in the same way, but on a much larger scale thanks to its remote playback technology,” the team said.

MovieSwap’s Kickstarter began with a modest target of just 37,000 euros, a target that was easily surpassed with more than 87,000 euros in the pot by the time the fundraiser ended. Now, however, the dream is over.

“The MovieSwap campaign almost reached its end. However, despite its incredible success, we, unfortunately, need to announce that we have made the difficult decision to cancel it,” backers were told this afternoon.

According to the MovieSwap team the project netted almost 5,000 supporters, which places it in the top 400 of almost 100,000 Kickstarter campaigns. But despite raising more than enough money, 4,829 backers simply wasn’t enough. Behind the scenes it appears there was an undisclosed 10,000 backer threshold, under which other investors would decline to finance the project.

“Our investors were expecting more, and we cannot launch MovieSwap without their full support, despite your mobilization. To start this crazy adventure and launch MovieSwap globally, we need to invest a few millions,” the team say.

“Under the symbolic 10,000 backers barrier, our investors consider it would be too risky to bet on our project. Without funding, we cannot guarantee MovieSwap will be available in the expected time. That’s why we prefer canceling our project and have your money refunded.”

The news has enjoyed a mixed reception among those who backed the Kickstarter.

“I’m upset. I would have tried to garner more support if you had a magic number. Hiding that information from your Kickstarter supporters is just bad form,” one said.

“A huge disappointment,” said another. “I imagine that this decision was carefully considered and not made with a light heart. Know that we will be there to support you and provide investors the necessary proof of our passion!”

What is slightly surprising is that just a week ago TorrentFreak was discussing the future of the project with the MovieSwap team after it had reached its funding target. There was no mention whatsoever of any 10,000 backer limit. We did, however, discuss the legality of the service.

In our original article I referred to the project as brilliantly innovative, but I doubted that Hollywood would allow MovieSwap to thrive. Hollywood has a history of hostility towards third-parties wading into ‘their’ market without licensing discussions and I wondered how MovieSwap would fare.

To that end I asked some pretty probing questions, all of which centered on how MovieSwap would be able to operate legally in several key market areas. A response to that wasn’t forthcoming and then came today’s news.

“Honestly, we’re pretty disappointed, as the campaign began very well, and all our team was deeply involved in the project,” MovieSwap CEO Cyril Barthet informs TorrentFreak.

“But as everyone knows, such projects need a substantial investment to get off the ground and deploy worldwide. The level we reached did not convince our current round enough – very ambitious and risky model indeed.”

But despite the setbacks and risks, the team remains optimistic.

“As Bruce Wayne’s father said: ‘Why do we fall ? So we can learn to pick ourselves back up’,” Barthet says.

“It’s quite the same for lean start-ups. So, as we already run a disc-to-digital and streaming platform in France (‘Vodkaster‘), we will focus on it with a step-by-step approach to make it grow locally then globally,” he concludes.

So at least for now it appears that MovieSwap won’t see the light of day, nor will we see Hollywood’s response to it. That’s a shame, but not even millions of dollars would be enough to pacify the studios if the service had truly delivered on its promises. And they were pretty exciting.