Right in time before the first Beatles albums would enter the public domain, the EU extended the copyright term for music from 50 to 70 years.

Although supporters argue that this is for the benefit of artists, the real profiteers are the major music labels.

The Open Rights Group, who fought against the extension, is hugely disappointed with the decision.

“Research showed that around 90% of the cash windfall from copyright levies will fall into the hands of record labels,” they write.

“Despite the rhetoric, small artists will gain very little from this, while our cultural heritage takes a massive blow by denying us full access to these recordings for another generation.” 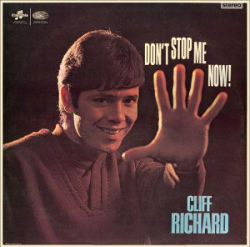 The Belgian, Czech, Dutch, Luxembourg, Romanian, Slovak, Slovenian and Swedish delegations were the only ones to vote against the plan.

We can expect the same topic to appear on the agenda again in a decade or so, in an attempt to move the copyright pension up to 95 years as was originally the plan.

“Are you surprised that politicians first order a scientific review of a policy area, and then completely ignore its findings and do the exact opposite? You shouldn’t be.”

“Fact based policy making has never been applied in the intellectual property field before, and the people who are pulling the strings are not going to start now.”