A few months ago the MPAA reported the site to the U.S. Government as a “notorious market” and in Germany several music groups have taken the site to court.

Back in 2011 record labels started legal proceedings against the site’s operator, demanding the names and addresses of uploaders. The site owner initially refused to do so, but eventually caved in when faced with a prison sentence.

“The District Court of Hamburg decided on Netload’s obligation to cease and desist from aiding their users to make a certain album available to the public,” Rasch lawyer Mirko Brüß informs TF, adding that he couldn’t name the album in question.

Under German jurisprudence this means that Netload will have to monitor external forums and search engines to make sure that these are not linking to the infringing work. If the site fails to do so the service faces a fine of hundreds of thousands of euros.

“If we find another (working) link to the album, Netload faces punitive fines of up to 250,000 euro per infringement,” Brüß notes.

The lawfirm served the operator of Netload with this injunction last week, and soon after the site vanished. Initially the lawyers and their clients believed that the site had shut down, but the assessment came too quickly. 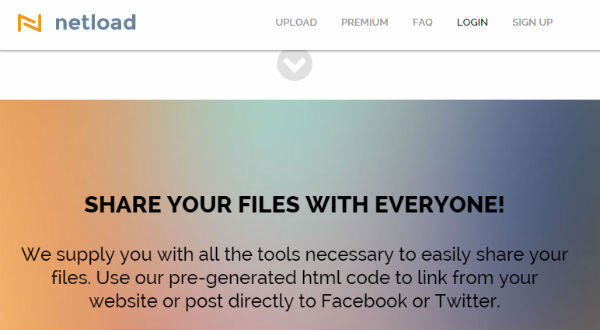 While Netload.in is still offline a copy of the site has reappeared at Netload.me. This site is allegedly operated by the same people and the old logins are functional.

“It appears Netload is going to relaunch using the .me-domain. It’s the same company in the imprint and the old user logins are working. Uploads are not working so far,” Brüß tells TF.

Despite the change of address the injunction still stands, so the music industry lawyers will keep a close eye on the site to see if the infringing album appears.

Netload was contacted for a comment on the recent troubles but the company has yet to respond to our inquiry.