With the release of the first Playstation in December 1994, Sony solidified a key position in the gaming industry.

Over the past decades, many new consoles followed, earning the company billions of dollars per year.

Today, console and PC gaming are larger than ever before, and the gaming audience is only expected to grow further. However, with technology advancing, the way people play games will eventually evolve. The cloud, in particular, is expected to become increasingly important.

This isn’t news to Sony. The company bought the game streaming service OnLive in 2015 and launched the Playstation Now platform soon after. Even earlier, Sony’s first references to “remote gaming” had already appeared in patent applications.

In today’s gaming ecosystem, the Japanese gaming giant certainly isn’t the leader in “cloud gaming.” However, the company takes the technology very seriously, which also shows in a recent patent application.

The application, titled “System and method for streaming game video” builds on earlier patents. Along the way the term “remote gaming” has changed to “cloud gaming” but the idea remains the same.

Patents are notoriously unappealing to read and are stuffed with technicalities, which we won’t repeat here. However, a few general themes are worth repeating, as it shows why Sony believes cloud gaming is important.

According to Sony, cloud gaming can be a game-changer when it comes to online piracy. In fact, it has the potential to eliminate the piracy problem altogether.

“Piracy is a major problem for the video game industry. The security mechanisms utilized on virtually every major video gaming system have been ‘cracked’ over the years, resulting in unauthorized copying of video games,” Sony writes.

The patent application sums up a long list of piracy challenges and notes that stopping unauthorized copying is notoriously difficult. With cloud gaming, however, piracy could simply become irrelevant.

“[Games] can no longer be pirated as they are today. Because each game is stored and executed at the hosting service, users are not provided with access to the underlying program code, so there is nothing to pirate, deposit here and play online to have the chance to win money prizes.

“Even if a user were to copy the source code, the user would not be able to execute the code on a standard game console or home computer,” Sony adds.

Sony literally refers to the “elimination of piracy”. This is a bold statement, as history shows that pirates can sometimes find clever ways around digital obstacles. But it will certainly be a lot harder than it is today. 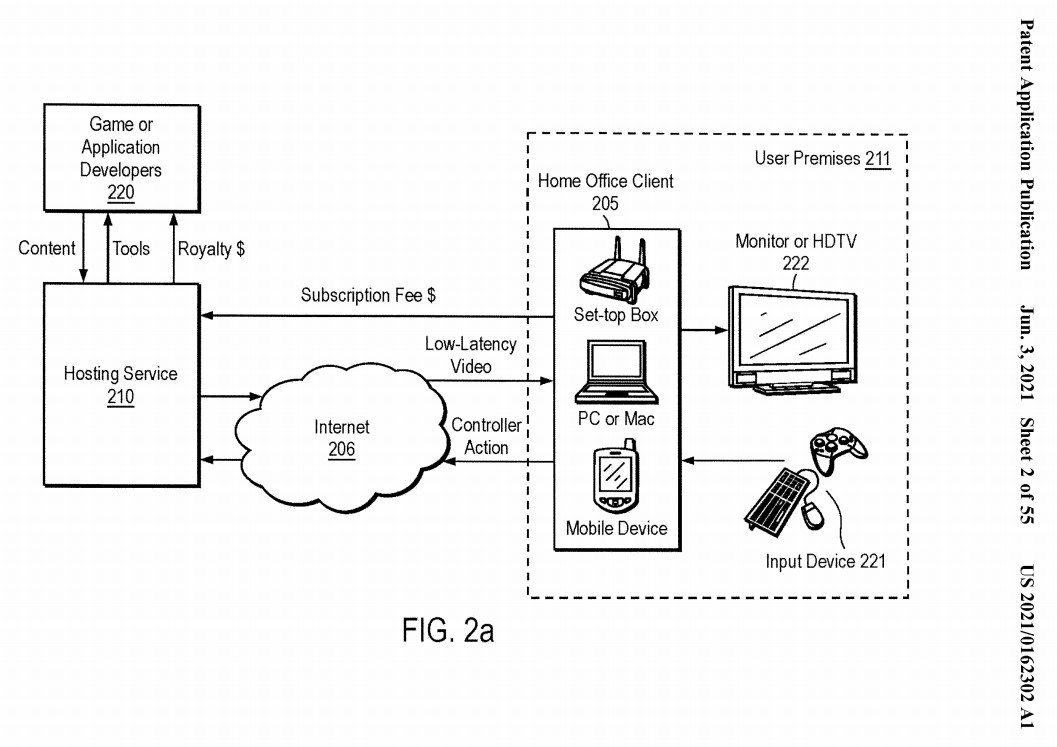 Cloud gaming has more direct consequences as well. In the patent Sony writes that new game consoles are very expensive, adding that some people simply can’t afford to pay for these devices.

“[I]n many parts of the world the cost of a game console is such a high percentage of income that even if piracy were controlled, few people could afford a state-of-the-art gaming system,” Sony writes.

This would be fixed by cloud gaming too, as people no longer need expensive consoles. This is good news for consumers, but of course if also means that Sony is missing a revenue stream.

That said, Sony highlights some other cloud gaming advantages for copyright holders as well. For example, the re-sale of used games will be a thing of the past. At the same time, game manufacturers can more easily work with royalty models, where their games are sold on competing platforms.

The options discussed here are really just the tip of the iceberg. The full patent, which is available here, lays out a variety of cloud-gaming platforms and possibilities.

At this point, there’s little doubt that cloud gaming is here to stay. Sony’s own Playstation Now platform recently passed the milestone of a million subscribers and the competition is fierce. Whether it will ever replace PC and console gaming is another question altogether.