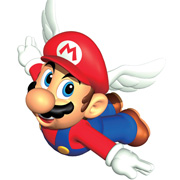 While 3D games had been around for a couple of decades prior to its release, the launch of Super Mario 64 alongside Nintendo’s then flagship console N64 in 1996 was a gaming moment to behold.

Coupled with its revolutionary controller, the N64’s hardware placed flesh on Mario’s traditional 2D bones, bringing the iconic character into the 3D world in a way no other game had previously managed.

Little wonder then that the gaming media was filled with delight late last week when news broke that the game’s most iconic level had been recreated by developer Roystan Ross.

Not only had Bob-Omb Battlefield been brought back to life in full HD, but also via the Unity Engine meaning that players were given the first ever chance to play the game via a web browser – a black magic achievement by 1996 standards.

But just as dozens of stories were heralding the return of the king, Nintendo has gatecrashed the party and shut down the fun.

In a complaint sent by Nintendo of America via attorneys at the Miller Nash Graham & Dunn LLP lawfirm, the game company has ordered CDN outfit Cloudflare to disable access to the site hosting the popular browser version of the game.

“The copyrighted work at issue is Nintendo’s Super Mario 64 video game (U.S. Copyright Reg. No. PA0000788138), including but not limited to the audiovisual work, computer program, music, and fictional character depictions,” the company told Cloudflare.

In an email to the person operating the server (not Ross himself), Cloudflare said that it had revealed the name of the actual host to Nintendo’s lawyers and forwarded the complaint to the host itself.

The complaint from Nintendo was enough to take the browser version immediately offline.

“Thank you for forwarding the request to me. I was hosting this work for a good friend who is an avid fan, and built the project from scratch as a tech demo. As mentioned on the original blog post, and noted in various big name media press, there is no intention to monetize this, ever,” the hoster told Cloudflare.

“All back-end properties hosting the original files have been updated and files removed. I trust that the issue is fully rectified.”

But while the browser edition is now well and truly offline following Cloudflare’s intervention, the desktop versions remain available hosted by Mediafire and with mirrors provided by Microsoft.

Whether they’re next on the takedown list remains to be seen but Nintendo’s actions thus far will be viewed as a real loss by gaming fans around the world. The release of a browser version of a single level of this iconic game was a real achievement and consigning it to history a crying shame.

That being said, it seems more than likely that replacements won’t be far away.