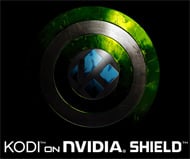 For millions of people around the world, Kodi – or XBMC as it used to be known – is one of the best pieces of software for viewing pirate content online. However, this capability is certainly not available ‘out of the box’.

Kodi, which is simply a media player at heart, is compatible with third-party addons that can turn it into a piracy powerhouse providing free access to movies, TV shows and live sports. This has made it one of the most popular tools for viewing streaming content.

For the XBMC Foundation, the people behind the legitimate Kodi app, this pirate association has developed into a thorn in the side. Last November the foundation began taking action against infringers, filing complaints with eBay over members who sold Kodi-loaded hardware for the purpose of viewing pirate content.

But no matter how hard the foundation tries to distance itself from piracy there are constant reminders, sometimes from the most unexpected of directions. Most recently it was the turn of Nvidia, one of the world’s largest graphics technology companies.

In an article titled ‘How to Install Kodi Add-ons on NVIDIA SHIELD’ and published late last month, Nvidia revealed that Kodi is “hands down” one of the most popular apps on the SHIELD Android TV.

“Where Kodi really shines is in the world of user-created add-ons,” Nvidia said.

“We’ll be posting a follow-up article soon highlighting the best Kodi add-ons. Until then, here is a quick How to on installing Kodi Add-ons.”

To be clear, Nvidia did not specifically advise users to install illegal software. What it did do, however, was to point its readers to a tool on TVaddons, a site that has become known not only for the promotion and development of totally legitimate software, but also a range of ‘pirate’ addons for Kodi.

The screenshot provided by Nvidia 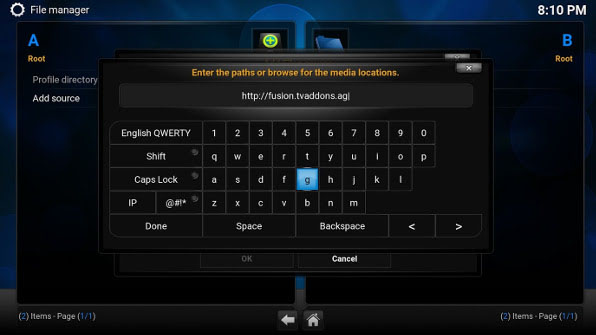 Nvidia then proceeded to offer instructions on how to install Fusion, a package containing addons which allow the viewing of anything from user-uploaded content to the latest movies. Again, there is no indication that the company intended to directly advise people on how to access pirate content (note:in countries such as the Netherlands, facilitating the viewing of pirate streams is yet to be made illegal) but the software being installed certainly provided that capability in spades.

The faux pas might have gone unnoticed but soon complaining posts began to appear on Kodi’s official forums, made worse by the fact that Nvidia is an official Kodi sponsor.

“Didn’t want to post this, but since Nvidia is a sponsor and apparently Team Kodi does have a rapport with them, maybe someone should tell them that this isn’t helpful,” wrote one user while linking to Nvidia’s article.

By Tuesday this week the piece had gone (cache copy) but it soon reappeared in heavily edited form. Gone were the references to Fusion and TVaddons.ag to be replaced by a cautionary tale about staying legal.

“You can find Kodi add-ons in ‘repositories’ and we highly recommend only using the add-ons in the official Kodi repository as that’s the best way to make sure that you’ll not only have add-ons that the company trusts, but you’ll also find yourself on the right side of the law,” the new variant reads.

While the misstep by Nvidia has now been corrected, it appears the whole thing could’ve been avoided. Just recently the company was cautioned by the Kodi team against connecting its product with those who use the software for infringement.

“Only a few weeks ago we visited Nvidia and during the meeting we actually clearly discussed this topic on what they should include in their blog posts to stay out of the gray area and if they had any doubts or questions they could always ask. Still this happened,” Martijn from Team Kodi reports.