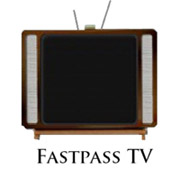 Acting on intelligence provided by the UK’s Federation Against Copyright Theft, police in Northern Ireland raided a Londonderry home in May 2011.

Police were looking for evidence relating to streaming links site FastPassTV and discussion and linking forum BedroomMedia. FACT believed that the brains behind the operation was local man Paul Mahoney. He was arrested and police seized equipment and cash totaling £83,000.

Like many cases of this type, passage through the legal system was glacial and it took until February 2015 for Mahoney to be charged. At first he pleaded not guilty but that wouldn’t last.

In June 2015 the 30-year-old pleaded guilty to all four charges against him including allowing the public to view copyrighted movies without rightsholder permission, conspiracy, and generating up to £300,000 in advertising revenue.

Prosecutors initially argued that Mahoney had cost the movie industry around £120 million but that was eventually brought down to a large, although more reasonable, £12 million.

In September 2015, Mahoney was found guilty and was sentenced to four years in prison, two of which to be spent on license. However, with such a long sentence it was always likely that Mahoney would appeal the decision. That process is now complete and it’s bad news for the 30-year-old.

“On any view this was a case of very significant harm,” he said.

An aggravating factor were the actions taken by Mahoney since 2007 to avoid having his sites closed down. Sir Declan noted that cease-and-desist notices issued by FACT were ignored and despite police arresting Mahoney twice, he still continued.

“The website was clearly professionally structured and he retained staff to assist him with this,” the judge said.

“He was the driving force behind the criminal behaviour.”

At his earlier trial, Mahoney’s health issues including partial blindness and reclusive behavior were presented as mitigating factors. He never intended to get rich, his lawyer argued, it was a hobby that got out of control.

“There were no Rolex watches, no Ferraris outside and no evidence of an extravagant lifestyle. This enterprise took on a life of its own and became far more successful than this defendant ever envisaged,” he said.

Dismissing Mahoney’s appeal, the judge found that the mitigating factors had already been taken into consideration when the original sentence was handed down. He also said that Mahoney’s chance for a lighter sentence came and went when he failed to cooperate during initial interview and failed to plead guilty at the earliest opportunity.