While the online sharing of music has been widespread for close to a decade and a half, the sharing of books has only gathered real traction in the past few years.

When it came to legal action to prevent sharing the music industry led the way but even now, book publishers – Wiley aside – seem generally unwilling to follow the example. However, there are companies prepared to make uploaders suffer, even those with no malicious or commercial intent.

Pāvels Jurs is a teacher in Latvia who operates a website where children can research history topics, see presentations and find other learning aids. Jurs created the site so that children from poor families can still have access to education. According to Latvian media, Jurs even received recognition from the Ministry of Education for his efforts.

Last Thursday, however, Jurs was leaving home to go to school and found himself confronted by four police officers from the Economic Crime Bureau. They proceeded to search Jurs’ home and confiscate the computer he uses in his teaching job. He was arrested and subjected to two hours of interrogation during which he learned he had committed a serious offense that could result in a two year jail sentence. 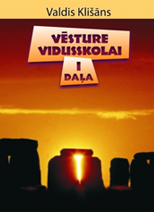 Jurs’ crime was to upload a scanned copy of the high school history book “Vēsture Vidusskolai” to his website, an act which drew the ire of publisher Zvaigzne ABC and an official complaint earlier this year.

The publisher currently sells the book for the princely sum of $4.00 and it appears that Jurs had previously held discussions with its author but there was a misunderstandings over what content should have been removed from his site.

Nevertheless, the episode has left Jurs questioning why such heavy handed tactics were needed when a civil action would have sufficed. The police have taken down Jurs’ website and since exams are currently underway, students no longer have access to its resources.

“Is there really such a need for punitive action against these methods of teaching, such as the maintenance of a websites from which I did not receive any benefit, but, on the contrary, cost most of my salary payments for maintenance? I understand that I have violated copyright laws, but is it really necessary to act this way?” Jurs said.

Since the raid a meeting has taken place during which some kind of a settlement was discussed. Further meetings will take place this week but it’s now believed that the publisher will not raise any “substantive claims” against the teacher.