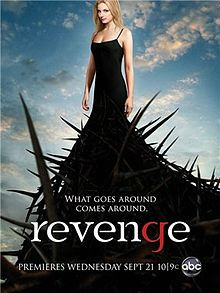 The first episode of the upcoming TV-series ‘Revenge’ has leaked on BitTorrent.

The premiere of the ABC show is scheduled for September 21. But judging from the number of downloads thousands of curious viewers can’t wait until then, and go for the PREAIR copy instead.

At one point during the summer of 2007 a massive 8 new episodes were released with a PREAIR tag in just one week, including hit series such as Dexter, Weeds and Chuck.

The last prominent PREAIR leak before Revenge was the premiere of The Walking Dead’s fist season last year.