In addition to the main domains, a long list of proxies and mirrors are included as well. And if new domains pop up, these can be swiftly blocked too.

This is the second site blocking order in the Netherlands and a big win for local anti-piracy outfit BREIN. The anti-piracy group has spent more than a decade getting a Pirate Bay blockade in place and is now pushing through with new requests.

With help from a covenant, signed last year, all major Dutch Internet providers agreed to voluntarily comply with orders issued against rival ISPs. On top of that, Google also helps by removing blocked sites from its search results.

The wave of enforcement efforts must be frustrating for local pirates but does this means that they simply give up their old habits?

To find out how the March blocking order affected local torrent traffic, we used the torrent monitoring service IKnow, which provides a daily overview of how many people download files on BitTorrent. In this case, we only looked at Dutch activity[*].

The data in question has nothing to do with website visits. It’s simply a representation of how many Dutch file-sharers show up in public torrent swarms on any given day, irregardless of where the .torrent files come from.

The blocking order was issued on March 24 and Delta had five days to implement it. It’s not clear when each ISP started blocking, but the major ISPs followed soon after. KPN already had its blockade in place before the end of that month.

If the blocking measures impacted torrenting activity there should be a noticeable change in Dutch activity around the end of March. However, the data doesn’t reflect this at all. Between March 14 and April 24, the torrent activity remained relatively stable and there is no visible decline.

Torrent Activity Before and After Blockades 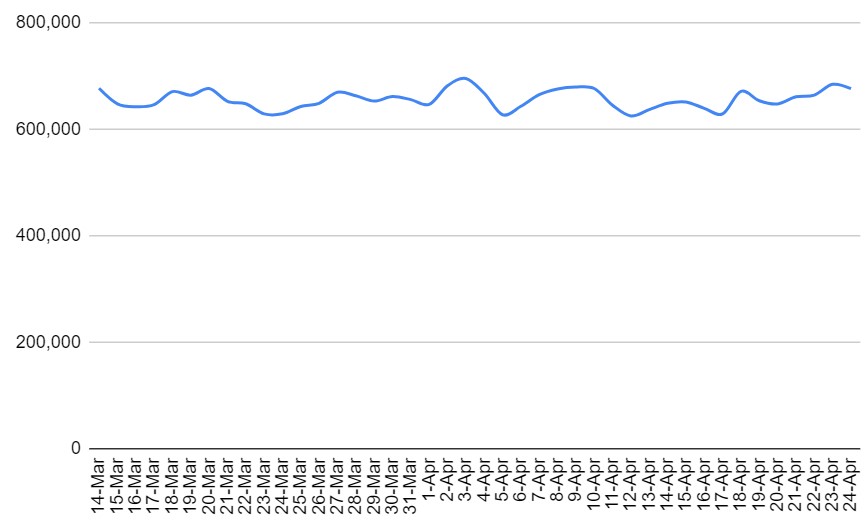 These numbers suggest that people still know where to find torrents, likely through alternative sites that are still available. Or they found a way to bypass the blockades via a VPN, generic proxy, or any other tool.

It’s simply not realistic to expect that people will kick year-long habits from one day to another. That said, the blocking measures may reduce the number of people who start using these sites for the first time.

The lack of an instant effect may be a disappointment for rightsholders but it is not entirely unexpected. Academic research from Carnegie Melon University has shown that blocking only starts to be effective when a large number of sites is targeted. The more sites blocked, the bigger the impact is.

BREIN Director Tim Kuik is aware of this as well and previously highlighted this study, partly as a motivation to continue the blocking efforts.

“If an illegal source is made inaccessible, some of the traffic will move to other illegal sources, but in practice, this waterbed effect becomes less and less if more sources are blocked. In combination with sufficient legal supply, illegal use decreases when you act against illegal providers,” Kuik said.

This is also why BREIN has already started work on additional site-blocking orders. The anti-piracy group hopes that, when enough sites are included, pirating activity will eventually start to decline.

*Note: The location data is based on IP addresses. The number of unique addresses per swarm is counted by Iknow. It’s possible that foreign VPN subscribers with a Dutch IP address are included. While this would overestimate the number of Dutch IPs, this overestimation is constant so that does not change the conclusions.