Are Cops Playing Music While Being Filmed to Trigger Copyright Filters? 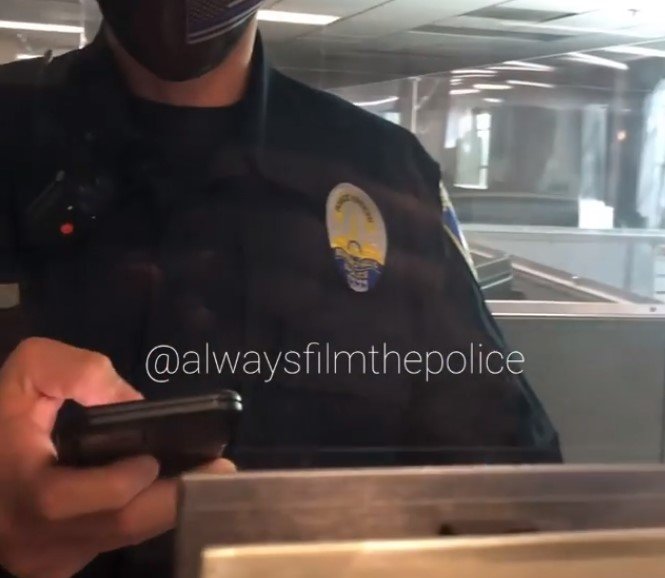 Posting copyrighted music on social media without permission can lead to all sorts of trouble.

While platforms will usually forgive a one-time slip-up, getting flagged more often can easily result in a permanent ban.

These policies have turned copyright into a powerful weapon that obviously has a legitimate use. However, it is also being abused. Over the years, we have seen several examples of copyright abuse and even extortion.

Yesterday, Vice covered another incident that could possibly be added to this list. In a series of posts on Instagram, Los Angeles activist Sennett Devermont accused a Beverly Hills police officer of using copyrighted music to prevent video footage from being shared in public.

Devermont, who has over 300,000 followers on Instagram, is well-known in local police circles and he often films his interactions with officers. This was also the case last Friday when he requested bodycam footage from Sergeant Billy Fair.

The interaction started pretty politely. While it’s clear that Devermont is no fan of the police, officer Fair remained calm and friendly. However, the sergeant took offense when the activist deliberately zoomed in on another officer’s phone number, which he received to follow up on a private complaint.

According to Devermont, publicly sharing the phone number of the officer with his Instagram viewers is justified. “Whatever it takes to get the job done,” he tells officer Fair, followed by a series of complaints about the bureaucracy at the police station.

While officer Fair remained calm throughout the entire encounter, he briefly stopped responding when Devermont didn’t want to say how many people were watching the live stream. The officer then took out his phone and started playing the track “Santeria” from the Ska band Sublime.

A post shared by ALWAYS FILM THE POLICE #AFTP (@mrcheckpoint_)

According to Devermont, the officer’s musical response is a known tactic to take live streams offline. He later repeated this accusation on Instagram.

“I believe Sergeant Fair aka BILLY FAIR is using copyrighted music to keep me from being able to play these videos on social media,” Devermont writes. “He isn’t alone. I have video of this happening with another officer who played music as I was talking.”

Instead of waiting for the copyright filters to strike, the activist stopped the stream himself. Officer Fair then checked the Instagram feed to confirm that the stream was down, after which the conversation continued.

Devermont initially shared only a short clip but later posted the whole video on Instagram. It’s worth watching for context. While the footage doesn’t prove that the officer used music to trigger a copyright strike, we can’t think of any other reason.

And apparently, this incident is not unique. The activist privately shared a similar video of this happening with Vice. That unpublished encounter was with another officer, who started playing a Beatles track on his phone while he was being filmed.

Devermont wonders whether it is “an order from the top” but that doesn’t appear to be the case.

The Beverly Hills Police Department informed the press that playing copyrighted music while taking questions is not a recommended procedure. This case is noted and will be investigated.

Whether cops are intentionally using music to prevent being recorded or not, it doesn’t appear to be very effective. Devermont initially pulled his live stream offline, but later posted the video with music, which is still online today.

US Government Works on Consumer Awareness Campaign to Combat Piracy