The UK has been rather tough on pirates in recent years but despite calls from the film industry, recording a movie in a cinema is not specifically a crime in itself.

That doesn’t mean that camming, as it’s called, is always without consequences. People who attempt to distribute the recordings are among the most sought-after targets.

Jordan Quartermain learned this the hard way. This week, the 21-year-old from Sunderland was convicted by the Newcastle Crown Court for several crimes that were uncovered following his camming activity.

The ball started rolling due to an investigation by the Film Content Protection Agency (FCPA) and the Foundation for Art and Creative Technology (FACT). In 2015, they reported that a cammed version of the film Ant-Man had been recorded at the Empire Cinema in Sunderland.

During the months that followed, cammed copies of Deadpool and London Has Fallen were recorded at the same cinema, after which Northumbria Police got involved. This eventually led the authorities to Quartermain, who was arrested at the movie theater in early 2016 after another offense.

While camcording may not be a crime according to UK law, distributing copyrighted movie without permission certainly is. According to the Northern Echo, Quartermain’s computer revealed that he shared 17 films online between April 2015 and March 2016. 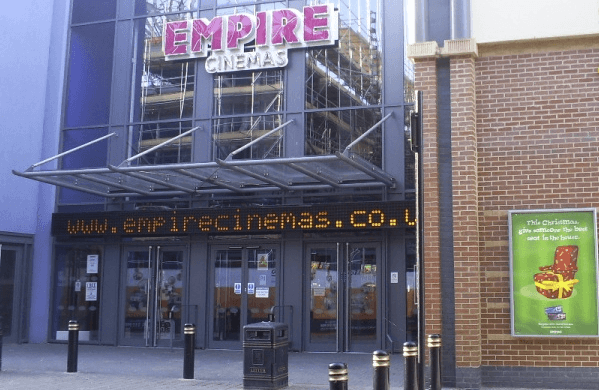 He was sentenced to a two-year community order and must carry out 200 hours of community service.

“This is another great example of police working efficiently with our partners to bring an offender to justice,” Northumbria Police’s Chief Inspector Michelle Robson comments on the conviction.

“Hopefully this case acts as a reminder that such activity is not acceptable and we will continue to pursue people believed to be committing or deliberately facilitating such offences.”

FCPA director Simon Brown is also happy with the outcome and claims that most pirated films are the result of these camming activities.

“As most pirated films originate from copies taken in cinemas worldwide, it’s vital that offenders are identified as swiftly as possible, and we thank all parties involved in bringing Mr Quartermain to justice.”

The latter claim seems doubtful, as high-quality rips of films tend to be far more common, but that’s nitpicking. We also won’t complain about any headlines which suggest that Quartermain was convicted for simply recording the films, instead of distributing them too.