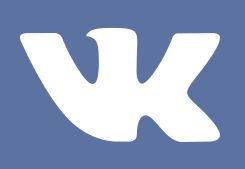 For several years vKontakte, or VK, has been marked as a notorious piracy facilitator by copyright holders and even the US Government.

Like many other user-generated content sites, Russia’s largest social media network allows its millions of users to upload anything, from movies and TV shows to their entire music collections.

However, copyright holders have often claimed that, unlike its competitors, the site lacks proper anti-piracy measures.

As a result of the ongoing critique, particularly from the movie industry, the US Trade Representative included VK in its most recent list of notorious pirate sites. While this isn’t the first time that VK has ended up there, it’s an intriguing position considering the praise the social network received from the music business this week.

After several major labels reached licensing agreements with VK in 2016, it has transformed from one of the music industry’s largest foes to a rather helpful friend. This milestone was clearly marked in IFPI’s most recent Global Music Report, which was just released.

“[Russia has] become an interesting market. The local services are meaningful now, and VKontakte has gone from being the number one most notorious copyright infringer to being a positive contributor,” says Dennis Kooker, Sony Music’s President Global Digital Business.

Moving from a site that does substantial damage to being a positive contributor is quite a feat, something that’s also highlighted by Warner Music’s Head of Digital Strategy, John Rees.

“We’re starting to see encouraging growth in a number of markets which historically have been completely overwhelmed by piracy,” Rees says.

“We work with VKontakte, which last year launched a licensed music service that’s helping unlock the Russian market alongside our other paid streaming partners such as Apple Music, Yandex and Zvooq. There’s huge potential in Russia, and, considering the population size, we’ve only recently begun to scratch the surface,” he adds.

This means that the same platform that helps the music industry to grow in Russia is seen as a notorious pirate site by Hollywood and the US Government, which mention it in the same breath as The Pirate Bay.

The music industry’s positive signals haven’t gone completely unnoticed by the US Trade Representative. However, it believes that the social media platform should help to protect all copyright holders.

“VK continues to be listed pending the institutionalization of appropriate measures to promote respect on its platform for IPR of all right holders, not just those with whom it has contracts, which are comparable to those measures used by other social media sites,” USTR wrote a few weeks ago.

In recent years VK has implemented a wide variety of anti-piracy measures including fingerprinting techniques but, apparently, more is needed to appease the movie industry.

While the music industry can scrap VK from the piracy agenda, it still has plenty of other worries. IFPI’s Global Music Report highlights the “value gap” as a major issue and stresses that stream-ripping is the fastest growing form of music copyright infringement.

The shutdown of YouTube-MP3.org in 2016 is highlighted as a major success, but there’s still a long way to go before piracy is a problem of the past, if it ever will be.

“The actions taken by the industry are having a positive impact and reducing stream ripping across major music markets. However, the problem is far from solved and we will continue to take on these illegal sites wherever they are operating around the world,” IFPI’s Frances Moore says.