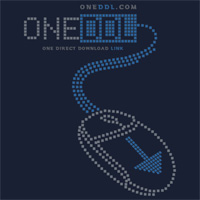 With the rise and rise of cheap hosting with masses of available bandwidth and endless cloud storage, cyberlocker hosting sites have become the weapon of choice for many file-sharers.

Of course, in January the cyberlocker market had a rude awakening in the form of the Megaupload raids, and ever since the release scene has been shuffling around and reorganizing. Several file-hosting sites decided to call it quits and with their demise many so-called indexing ‘release’ sites couldn’t find the strength to carry on.

Some, however, such as the hugely popular Rlslog.net, carried on regardless but in the last 24 hours perhaps the biggest indexing/release site casualty of 2012 has been announced.

OneDDL, a site that in one form or another has been around for the past seven years, has decided to call it quits. The announcement comes as quite a surprise, since only 24 hours ago the site was still posting popular US TV shows and movies. The fact that it did so regularly has not been lost on the studios.

The site has operated two domains (OneDDL.com and OneDDL.eu) since Google started logging rightsholder takedown requests against the site in May 2011. During that time Google has received 544 takedowns, of which 356 came from NBC Universal. 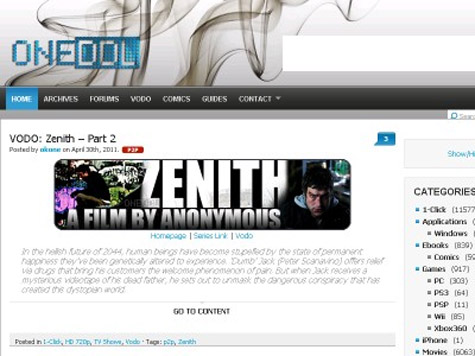 Although OneDDL have offered no concrete information, between the lines of their shutdown statement reads a familiar story.

“The legality of websites, such as ours, has always been a rather grey area. I had believed that this ambiguity would work to our advantage and originally, that is what lawyers told us (yes, we went to see lawyers),” says the site owner.

“Lately however, the landscape has changed, and it appears the grey is gradually becoming black and white, unfortunately not in our favour.”

OneDDL’s owner continues by stating that the site always operated within the law by responding to takedown requests from copyright holders, but that even that couldn’t save the site.

“For some people, this is simply not enough,” he adds.

When contacted by TorrentFreak, the site’s owner would not be drawn on the exact reasons for the shutdown. As usual though, the Internet rumor mill is churning with stories of the site being “under investigation” and threats from US entertainment companies and their UK proxies. We have been unable to confirm any of the claims.

What seems completely certain is that from a downloading perspective OneDDL is no more. That has saddened the site’s considerable userbase – Alexa has OneDDL ranked as the 4,419th most popular site in the world – but perhaps inevitably the main discussion point in the site’s goodbye statement has quickly turned from farewells into where to find OneDDL alternatives.