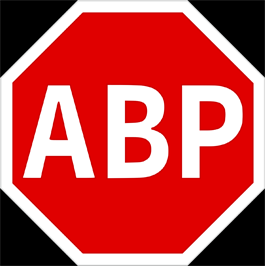 In order to finance their operations, millions of websites rely on advertising to generate revenue. For some readers, however, excessive or obtrusive advertising is something to be combatted, often through the use of adblocking tools.

Developed by German company Eyeo GmbH and available on Firefox, Chrome, Safari, Android and iOS, one of the most popular tools is AdBlock Plus. It’s able to drastically reduce the volume of advertising seen by its users but that didn’t sit well with publishing giant Axel Springer.

The publisher, which owns Bild and Die Welt, among others, claimed that AdBlock Plus and its users interfere with its business model so in response took legal action to bring that to an end. However, after trips through regional courts and eventually Germany’s Supreme Court, in April 2018 Adblock Plus and Eyeo came out on top having been found not in breach of competition law.

After its defeat in the earlier action, in 2019 Axel Springer filed a new lawsuit on new grounds. This time around the publisher claimed that AdBlock Plus “changed the programming code of websites thus directly accessing the legally protected offer of publishers.” In other words, AdBlock Plus breaches copyright law.

Eyeo immediately dismissed the allegations as “almost absurd”, noting that its browser-side tool does not attempt to modify anything on Springer’s servers. Nevertheless, Springer pressed ahead with its legal action, claiming that by interfering with website delivery to viewers, that constituted copyright infringement and was worthy of an injunction.

In its lawsuit, Axel Springer cited a 2012 court ruling which found that software for Sony’s Playstation Portable console that changed code in memory to facilitate cheating was infringing. In that case the court found that the temporary modification of the software constituted a revision of the software, something which requires permission from rightsholders.

In this case, there were no claims that AdBlock Plus changed or manipulated any copyrighted works. Instead, Springer claimed that the software interferes with how copyrighted content is displayed in a browser. According to a judgment handed down by the Hamburg Regional Court, that in itself is not enough to determine copyright infringement by AdBlock Plus, or its users.

In a decision handed down Friday, the Court finds that Axel Springer is not entitled to injunctive relief pursuant to Section 91 (1) UrhG since there was no unauthorized duplication and/or reworking of copyrighted computer programs as defined in copyright law.

“[T]he defendants have not infringed the plaintiff’s rights to the programs for creating the web pages. The defendants are not – together with the respective user – accessories to a copyright infringement,” the decision reads.

According to the Court, the HTML files and other elements are loaded into the user’s main memory when Axel Springer-controlled web pages are accessed, but that takes place with the publisher’s consent. Users who access those pages and also use AdBlock Plus are also entitled to store those files since when the files are transferred, there is an implied agreement for the user to do so.

Furthermore, while AdBlock Plus changes the structure of how websites are presented in a browser, the tool does not change any code, only how that code flows.

Ultimately, the Court found that the processes carried out by AdBlock Plus following the local saving of the website do not constitute a “reworking” under copyright law. Only a change in the program substance can be considered as infringing.

The Court notes that ruling otherwise would represent a “disproportionate encroachment” on users’ freedoms to make various choices, including not to load images to save bandwidth, to deactivate Javascript, or block pop-ups or tracking elements. It would also render translation tools and aids for visually impaired people as copyright infringing.

In a statement published this morning, Eyeo says that it has repeatedly defended the rights of internet users, software developers and publishers and is happy that the decision represents a win for a free and secure internet.

“The Hamburg Regional Court sets an important precedent here: No company has the right to prohibit users from setting their own browser settings. The ruling also gives many companies the legal certainty they need to continue developing applications that change users’ lives for the better,” says Eyeo CEO Till Faida.

While the case is now dismissed, Axel Springer has already announced its intention to appeal the decision. That will take place before the Hanseatic Higher Regional Court which previously ruled on the Playstation Portable cheating case.