Akamai: Online Pirates Are Clever But Not Unbeatable 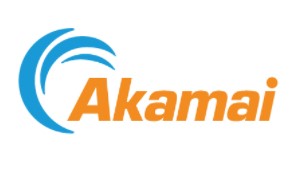 The anti-piracy ecosystem is quite diverse. It ranges from DMCA takedown farms to more technologically enhanced companies, ones that use machine learning and advanced content protection technologies to keep pirates at bay.

While it actively supports the DMCA process, Akamai considers itself among the second group. The company, which specializes in content delivery and cybersecurity, is a partner of several streaming services that offer live or on-demand content.

Rightsholders, including major sports leagues and organizers, are growing increasingly worried. They see it impacting their revenue and are looking for possible options to stop piracy

Some of these rightsholders come to Akamai looking for solutions. To find out how the company approaches this challenge we spoke with Ian Munford, Director of Industry Strategy at Akamai.

Pirates Can Be Quite Clever

The conversation confirmed what we already knew. There is no silver bullet that will stop piracy. In fact, Munford highlights that high-level pirates – the people who actually ‘steal’ the content – are quite clever and inventive.

“No security policy or technology is infallible but by scrutinizing the entire production and delivery value chain for weaknesses, coupled with good situational awareness, you can reduce piracy significantly,” Munford says.

Akamai doesn’t believe that any in a single technology, or indeed technology alone, will solve the piracy problem. Instead, it deploys a 360-approach that focuses on three main facets: protect, detect and enforce.

The 360-Approach In Practice

This sounds pretty academic and theoretical, but Munford livens things up with a real-life example. Akamai recently worked with a leading global distributor of TV, film and sports rights, which estimated that 40% of its content views were fraudulent.

The company asked Akamai to help reduce this number, which resulted in a concrete battle plan focused on the protect, detect and enforce pillars.

There were several challenges to overcome. The client in question distributed premium live sports rights in addition to movies and TV so any anti-piracy solution had to handle typical high demand surges. At the same time, the anti-piracy measures shouldn’t hinder regular streams.

With live sports, time is of the essence, so pirated streams have to be detected and shut down in real-time with minimal delay.

These demands resulted in a detailed action plan. To stop people from circumventing geographical restrictions, Akamai implemented measures to quickly detect VPN/Proxy and Tor exit node activity and block their activity. In addition, all traffic that appeared to be spoofed was blocked as well.

Munford further explained that streaming piracy operations often try to overload APIs and DRM servers with DDoS attacks. This helps criminals to bypass restrictions or even create diversionary tactics. To prevent this, Akamai set up advanced firewall systems that absorbed the attacks and prevent any infiltration.

Finally, a special token authentication capability was rolled out to prevent people from sharing access tokens to stream content without paying.

During the broadcasts, Akamai kept an eye on third-party sites such as Twitch to spot and take down re-streaming activity. At the same time, the company monitored link sharing and token harvesting on sites such as Thop TV and Oreo TV.

The token detection mechanism brings us to the enforcement side. During the live broadcast, Akamai monitored for unauthorized access, which led to more than 50,000 revoked tokens in less than an hour.

Any single measure would only have a limited effect, but when combined with DRM and or Watermarking, it can be very effective.

“Defeating piracy threats requires a multi-pronged strategy – there is no single correct response and many have proven to be effective when utilized properly and under the appropriate circumstances,” Munford tells us.

According to Akamai, the anti-piracy measures put in place resulted in a 75% decrease in unauthorized streaming. At the end of the campaign, the company revoked 315,762 access tokens and more than 8 million playback sessions were blocked.

This example is provided by Akamai, so the results were expected to be positive. But the sheer volume of (anti-)piracy activity is intriguing nonetheless.

Overall, Akamai seems to have a good understanding of how the piracy ecosystem works, and not just on the streaming side. The company also knows several tactics used by The Scene to access content and it works with various rightsholders to secure their systems and mitigate such attacks.

Munford repeatedly stressed that when it comes to anti-piracy measures, cooperation and a zero-trust approach are key. There are several security guidelines available through Movielabs and the MPA, but these are worthless if they’re not implemented broadly.

“Well-structured guidelines issued by organizations such as MovieLabs, AAPA, or the MPA are often not mandatory but if they were adhered to across the ecosystem, it would make the theft of content much harder,” Munford says

The lack of a unified response can be quite frustrating, not just for copyright holders but for Akamai too. Even flawless anti-piracy measures won’t help if a competing broadcaster or streaming service is full of leaks.

“While the TV and film ecosystems are used to competing, the potential impact of piracy is too significant for cooperation not to occur.

“The more companies and organizations that are involved, the more effective the overall solution. Unfortunately, the reverse is also true. If there are weak spots, that weakness is there to be exploited.”

Munford says that a lot of progress has been made over the years but more cooperation and stricter policies are needed to make an even bigger impact.

It’s clear that Akamai takes its anti-piracy work seriously. It has already booked successes combating live streaming piracy and in other areas as well. However, there’s still a gaping piracy hole.

When we look at the most popular OTT streaming services such as Netflix, Amazon, Disney, and HBO, leaks are the rule. Just minutes after something’s put online, it’s available for free on pirate sites.

The problem is that the basic DRM protections are easy to bypass or break. This is something Akamai is aware of and preventing these leaks is the anti-piracy holy grail for on-demand streaming services.

Right now, OTT pirates have the advantage. They can grab pretty much anything they want, and share it with the world. But, with billions of dollars at stake, Akamai and its competitors will try their best to find better solutions in this area as well.