The Oscars are the most watched awards show of the year, closely followed by hundreds of millions of movie fans around the world.

This weekend Hollywood’s finest are gathering on the red carpet once again. While they associate the celebration with eternal fame and recognition, online pirates are keeping an eye on it as well.

Traditionally, Oscar winners see a surge in piracy activity, so we decided to take a look at the availability of this year’s nominees through unauthorized channels.

Relying on data released by Oscar piracy watcher Andy Baio, we see that all nominated* films are now available on pirate sites, most in decent quality too. There are just three films that haven’t been released as a screener, Blu-ray or other high-quality rip, including the highly anticipated “Star Wars: The Last Jedi.”

That all films are readily available isn’t really new. This has happened consistently over the past decade. This year, however, that tradition was nearly broken. A pirated copy of “The Breadwinner” only leaked last week.

On the screener front, there’s not much movement. Like previous years, most of the leaked screeners have been released by Hive-CM8. A dozen screeners of Oscar nominees are available on pirate sites at the time of writing. 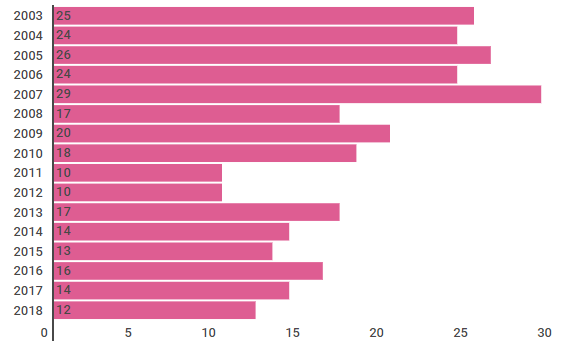 There is another trend visible, however, one which we didn’t immediately expect.

The number of Cam releases, which are recorded in movie theaters, is on the rise. This year 20 camcorded (Cam) copies of Oscar contenders have leaked, which is a record high for the last decade.

As Cams usually come out early, when films are still playing in theaters, Hollywood sees these leaks as a great threat. 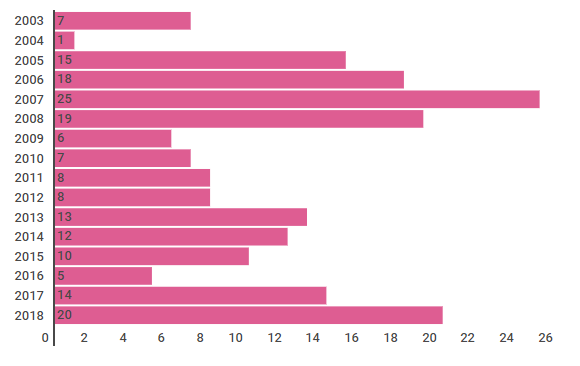 The same increase is also visible for Telesync releases, which are higher-quality Cam releases that use a direct sound input. There have been 14 Telesync leaks for the 2018 Oscar contenders, which is a significant uptick compared to previous years.

While these releases reach millions of people they tend to originate from a small circle. As the Hive-CM8 situation has shown, one group can make an enormous impact on the numbers.

This also means that next year’s figures can easily turn around if one or two prominent sources are cut off.

* – Foreign film and documentary categories are not included

– The high quality leak of Ferdinand was not included in Baio’s data at the time of writing, but it was included in the analysis above.