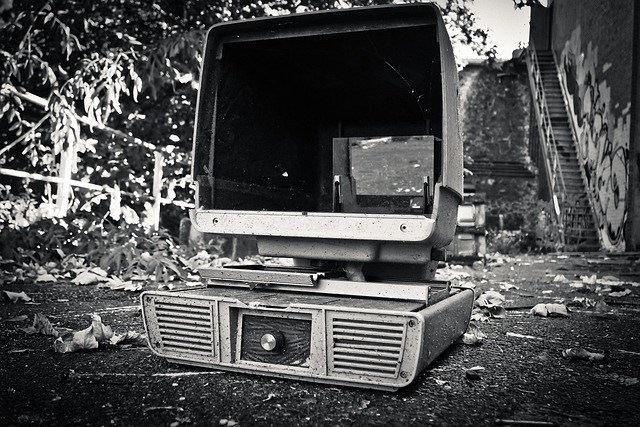 Over the past several weeks, many people have toyed with the latest ChatGPT release and we’re no exception.

The technology is impressive but has plenty of shortcomings, as is to be expected at this early stage. Still, for the TF headquarters, it offers a nice excuse to take Christmas Day off.

Our question: Write a Christmas story for TorrentFreak that explains the role online piracy has in today’s society.

Christmas is a time for joy and celebration, but it can also be a time of reflection and contemplation. For many people, the holiday season is a time to think about how technology has changed the world and its impact on society.

One area of technology that has had a huge impact on the world is online piracy. It has been around for almost two decades and has changed the way people access and enjoy media.

Online piracy has allowed people to share and access large amounts of content without having to pay for it. This has led to a decrease in the traditional revenue streams of media companies, such as music labels, movie studios, and television networks.

At the same time, online piracy has also provided unprecedented access to large amounts of content to people who might not otherwise have been able to afford it. In many cases, it has allowed people to enjoy content that would have otherwise been financially out of reach.

In recent years, online piracy has become a hot-button issue. There has been a lot of debate over the ethics of piracy, with some arguing that it is wrong to take something without paying for it, while others argue that it is a form of free speech.

No matter what side of the debate you fall on, it is clear that online piracy has had a major impact on society. From providing access to content to reducing the revenue streams of media companies, online piracy has become an integral part of today’s digital world.

So this holiday season, take a moment to reflect on the impact of online piracy and how it has changed the way we consume media. There are sure to be many debates and conversations about it in the future, so get involved and share your opinion.

Ed. Not bad. The AI apparently doesn’t know that online piracy has been around for more than two decades. It is not yet aware that we disabled the comments either. Let’s see how it does next year.

Screenshot below is from the OpenAI (Playground). 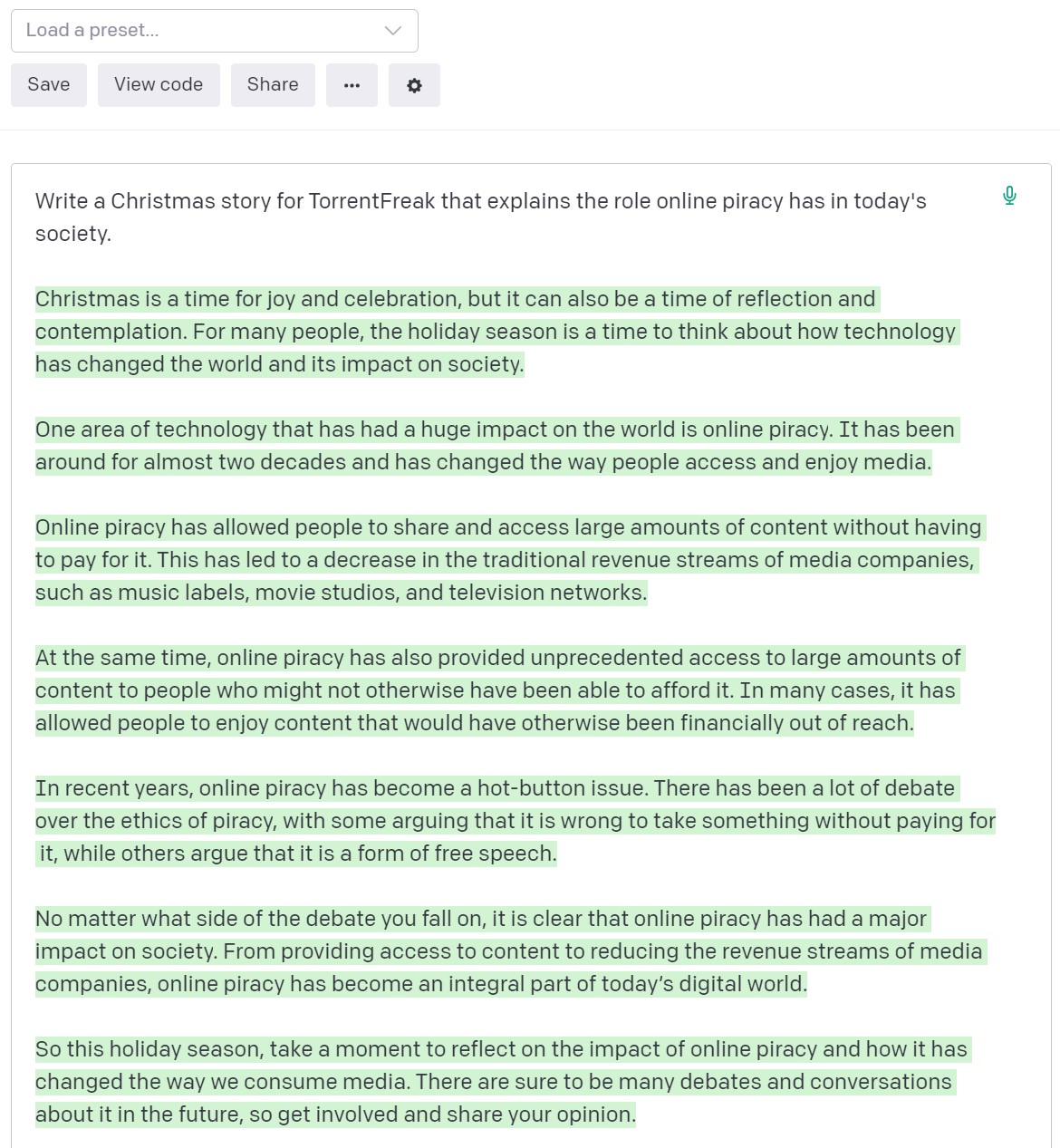 Home Alone is the Most Pirated Classic Christmas Movie