Nowadays, most popular music is legally accessible on YouTube. While everyone is allowed to play it, downloading tracks without permission is strictly forbidden.

YouTube itself also prohibits downloading or ripping unless the uploader specifically allows it. However, there are third-party sites that have found ways around these restrictions.

These ‘YouTube-rippers’ have been around for many years, much to the frustration of the music industry. The RIAA, in particular, is actively cracking down on these sites.

In recent months, the music group has filed subpoenas to identify several site operators. In addition, it sends takedown requests to search engines hoping that this will make the sites harder to find.

The latter strategy is relatively new and started just a few months ago. The RIAA doesn’t use standard DMCA notices since most YouTube-rippers don’t host content. Instead, the sites are reported for violating the DMCA’s anti-circumvention provision.

Through this route, the RIAA has managed to remove thousands of URLs from Google’s search results. While that sounds effective, a closer look at the estimated traffic data, kindly shared with us by piracy tracking company MUSO, shows that the measures have surprisingly little effect.

Below is an overview of the worldwide traffic to stream-ripper sites in the music category. It runs from September 2019, before the RIAA’s mass takedown campaign started, all the way to the end of January 2020. This reveals that traffic to these sites has remained relatively stable, without any sign of declining visitor numbers.

Global traffic in the music category to stream-rippers 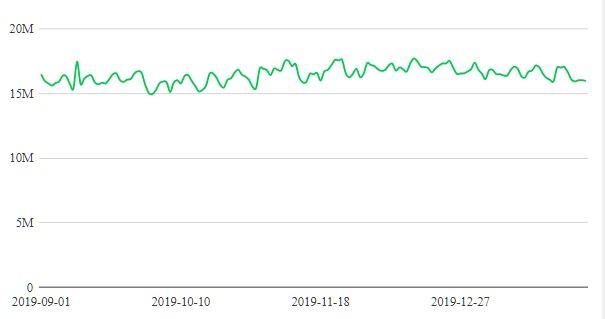 The lack of movement by itself doesn’t say much about search traffic, so we decided to take a detailed look at that as well. MUSO reports search traffic separately, and this shows a similar pattern. In fact, search traffic to stream-rippers briefly appeared to grow at the end of last year.

In September, search engines were sending roughly 7.5 million visitors to stream-rippers per day, and at the end of January, that figure was pretty much the same.

Global search traffic in the music category to stream-rippers

These data are not entirely unexpected as YouTube-rippers are actively fighting back against the RIAA’s anti-piracy campaign. As we highlighted earlier, several sites are switching to new URL structures, to make sure that they remain visible in search engines.

And indeed, if we search on Google for the phrase “YouTube to MP3,” we see several YouTube-rippers in the top results. 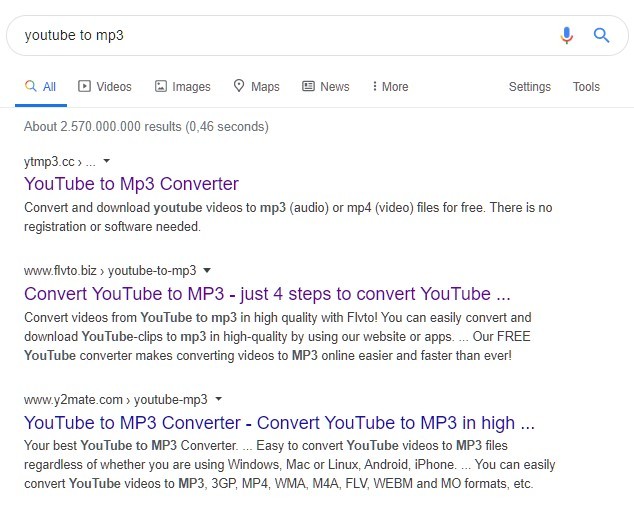 Looking at the traffic statistics of individual sites we see some movement here and there. The two most popular stream-rippers, y2mate.com and ytmp3.cc, increased their traffic, while the third in line, flvto.biz, lost some visitors.

Flvto.biz’s sister site 2conv.com, however, saw its traffic go up. Both sites are also currently involved in a legal battle with the RIAA. While they won their first round, this case is currently on appeal.

The above shows that, thus far, the RIAA’s takedown efforts have had little effect. However, that doesn’t mean that there is nothing to celebrate at all. Onlinevideoconverter.com, which was the most popular stream-ripper just a year ago, is no longer a major threat.

The site saw its traffic drop from 207 million visitors in March 2019, to 15 million last month. This loss in visitors isn’t directly linked to the RIAA’s efforts, however. Instead, it’s the result of the site’s decision to disable YouTube ripping, after YouTube started to block its servers.