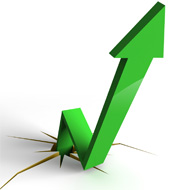 Last August, Russia introduced new legislation aimed at reducing instances of online copyright infringement. The framework, some of the strongest steps ever taken by the government, introduced a formal system for rightsholders to have unauthorized content, links to content, or even entire domains taken offline.

New figures released by the authorities reveal that after more than five months in action, rightholders filed around 75 official complaints. In 30 of those cases the sites in question complied with official removal orders and in 19 others a decision was taken by the authorities to block offending URLs.

When compared with the millions of URLs taken down in the West every single week, the Russian effort appears somewhat minuscule, particularly given the fanfare which heralded the law’s introduction. Nevertheless, the government is now claiming that the legislation is working very well – surprisingly well in fact.

“Last year was a turning point in terms of the fight against piracy on the Internet,” Minister of Communications Nikolai Nikiforov told the State Duma, the lower house of the Federal Assembly.

“The law has actually brought us serious results,” he continued. “We found that [the law’s introduction] resulted in an increase of 30% in the number of people who pay for legal content. This is a major achievement. Our country plans to increase the number of consumers of legal content on the Internet to 30 million people by 2018.”

Despite the minister’s enthusiasm, Oleg Tumanov, founder of IVI.ru, a major Hollywood partner and streaming portal described as Russia’s HULU, says things aren’t quite as straightforward.

“We have not felt the effect of this law and large Internet companies that actually affect the market have not even signed a memorandum of pre-trial settlement of disputes,” Tumanov recently complained.

It is worth noting that at the same time as suggesting the law might be ineffective, IVI.ru enjoyed double the number of visitors in 2013 than it did the previous year. However, the company says this was down to its own work and investment, having signed deals with all the major Hollywood studios to become the largest source of licensed video content in Russia.

Availability of content is a sure-fire winner when it comes to bringing in visitors and perhaps the single most important factor when trying to beat piracy. Concentrating on that, rather than introducing yet more legislation, should prove far more useful in the long-term.

As to whether millions of people are flooding to legal content in Russia due to an anti-piracy law that carries no sanctions against them whatsoever, is a matter still up for debate and one that could further cast doubt on the government’s claims.