Aussies Set For 200,000 Piracy Notices Per Year Under New Code 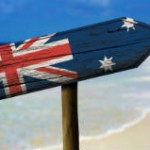 Just 24 hours ago Australia was abuzz with the news that U.S.-based Voltage Pictures will now be allowed to launch a so-called ‘speculative invoicing’ scheme Down Under.

The company will obtain the names of people behind ISP accounts linked to the unlawful sharing of their works online and pursue them for cash settlements. It’s a business model with a grubby reputation, one that mainstream rightsholders have largely steered away from in recent years.

Instead, the world’s largest entertainment companies are focusing their efforts on schemes designed to educate citizens, those in Australia included, in the hope that they will voluntarily change their online media consumption habits.

A draft was presented in February but today’s paper represents its final form following more than 370 public submissions.

While there have been some tweaks and clarifications, the majority of the core policies outlined in the earlier publication remain the same. ISPs providing fixed access services to 1,000 account holders or more will take part, which amounts to roughly 70 local service providers.

According to telecoms body the Communications Alliance, the scheme will have “a strong emphasis on public education” and does not contain “explicit sanctions against internet users”. While it does have ‘teeth’ (we’ll come to that shortly), informing subscribers comes first.

The three-step notice process remains, with account holders receiving ‘educational’, ‘warning’ and then ‘final’ notices each subsequent time their IP addresses are connected to infringing activity online. Only users of P2P systems such as BitTorrent are affected.

“Any Account Holder who receives three Notices within a 12 month period will have the option to seek a review conducted by an independent Adjudication Panel,” the paper reads.

One significant change is the elimination of a fee if a subscriber feels he or she has been wrongly issued with a notice. While subscribers can appeal against any notice, so-called ‘Challenge Notices’ can only be sent to the adjudication panel upon receipt of a ‘Final’ notice.

Rightsholders will pick up the tab on appeals for now but if any abuse of the appeal process is observed, fees could be reintroduced.

There will also be “stronger consumer representation” on the Copyright Information Panel, the body that will oversee the notice scheme and operate the website setup to educate the public.

The sting in the tail

There are no disconnections or suspensions for subscribers who don’t get the message after three warnings but the scheme does have a potentially tougher lesson up its sleeve.

By accommodating a ‘facilitated preliminary discovery’ process, ISPs will be expected to assist (not challenge) copyright holders who decide to take legal action against persistent infringers.

“It remains a matter for the Court to decide whether preliminary discovery should be granted. An Account Holder’s details will not be provided by ISPs to Rights Holders in the absence of a court order.”

Notice volume and who will pay

Considering that the issue of costs has been derailing anti-piracy discussion between ISPs and rightsholders for many years, the speed at which this code has been agreed after government issued an ultimatum last year is somewhat surprising.

However, it appears that who will pay is not only still undecided, but could also remain a secret even when it is.

“There are still some commercial details, including elements of the scheme funding arrangements, to be finalized and the finished product must meet the approval of the ACMA,” says Communication Alliance CEO, John Stanton.

The current agreement allows for up to 200,000 notices to be processed and sent by all ISPs during each 12 months of the scheme’s operation. However, if rightsholders subsequently deem that number to be insufficient to achieve their objectives, further financial negotiations can take place with ISPs with a view to them sending more.

“Any funding arrangements must be designed to ensure that smaller ISPs are not unduly burdened by the requirements of the scheme,” the code adds.

The Australian Communications and Media Authority will now consider whether to register the code. Once put into place, the effectiveness of the scheme will independently evaluated 18 months after launch.