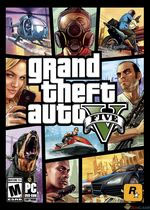 Over the past year, there has been a wave of copyright infringement lawsuits against alleged cheaters or cheat makers.

Most of the action we’ve seen thus far has taken place in the US, but there has also been some activity Down Under recently.

Known under the alias ‘Chr0m3 x MoDz,’ Taylor has been involved in several mods and cheats, including “African Engine.”

As in the cases against other cheaters, Taylor stood accused of copyright infringement and circumvention of technical protection measures, among other things.

Faced with the legal claim, the developer chose to control the damage. As a part-time employee of a local go-kart track, the 24-year-old has limited means. However, with a crowdfunding campaign, he raised over $1,000. Not to fight the allegations, but to find a way out without being made bankrupt.

“[T]his is a battle I can not afford to take part in, so I am reaching out to the community for any help I can get,” Taylor wrote in his GoFundMe campaign brief.

“The funds will be withdrawn and used for my legal expenses (lawyers, travel, etc..), I want to be very clear about this, I am not fighting Take-Two Interactive, I am simply trying to survive and get to the end.”

This strategy appears to have paid off. Last week the Federal Circuit Court of Australia issued a consent order, which both parties agreed on, that effectively ends the matter.

The order also includes a permanent injunction which prevents Taylor from infringing Take-Two’s copyrights, including any work on mods and cheats such as African Engine.

“The Respondent be permanently restrained from infringing copyright in the Software and any T2 Software,” the order reads.

“The Respondent be permanently restrained from possessing, distributing, accessing, or using any software that alters the operation of the Software and any T2 Software […], including but not limited to the African Engine Source Code, GTAV The Purge Source Code, GTAV Engine and GTAV Fucker Menu Source Code.”

Interestingly, the injunction also requires Taylor to take down his GoFundMe campaign, which is no longer active today.

There is no mention of a settlement payment which suggests that Taylor, or ‘Chr0m3 x MoDz,’ came out of it relatively unscathed. The costs of his lawyer have already exceeded the crowdfunding donations, however.

Take-Two also got what they wanted. The company stopped a prolific ‘cheat’ maker, shut down the associated cheats, and sent a clear warning signal to others.

Whether that will be as effective as they hoped is doubtful though. The African Engine cheat was previously hosted by NiNJA, for example. While this was pulled offline upon request from the developer, NiNJA itself is not impressed by Take-Two’s legal action.

“We at NiNJA will never be bullied by lawyers with no lawful standing. We are going to continue to operate exactly as we always have,” they write.

“In the near future, we will make an announcement regarding the new GTA V menu that we will be selling. We will make note of the time and date when African Engine stops functioning, and make up all time to those affected buyers. We will not take your money without giving you something back.”