With millions of users, Ex.ua was one of the most visited sites in the Ukraine.

Founded in 2009, the file-hosting site allowed users to share files up to 50 gigabytes. Unlike similar services, Ex.ua was completely free to use. The site made money from advertisements and didn’t offer a paid subscription.

Because the site was widely used to share copyrighted files, several international companies including Microsoft, Graphisoft and Adobe filed complaints against the service. After a six month criminal investigation, this resulted in the shutdown of Ex.ua today.

A spokesperson for the authorities confirmed that the service was targeted and said that 200 servers were taken, holding a massive 6,000 terabytes of data.

In addition, sixteen employees were taken in for questioning. At the time of writing it is unclear how many arrests have been made, if any. The authorities did confirm that the site was run by a Latvian citizen.

While Ex.ua has some similarities to MegaUpload and other file-hosting sites, it was also crucially different in several aspects. Ex.ua allowed users to search for files and browse categories such as “MP3” and “Video,” which is quite uncommon for a cyberlocker.

In 2010, the RIAA reported Ex.ua to the Office of the US Trade Representative, branding it a “pirate haven.” Among other things the RIAA highlighted that users of the site could not only upload, but also search for files on the site.

“This is the largest service in Ukraine and the vast majority of the Internet users in Ukraine use the site to download music and film content. None of the content made available on the site has been authorised by the copyright owners and the site operators are unresponsive to takedown notices as a result there are thousands of music titles available on the site,” the music group wrote at the time.

If found guilty, the operators of the site face up to five years in prison. 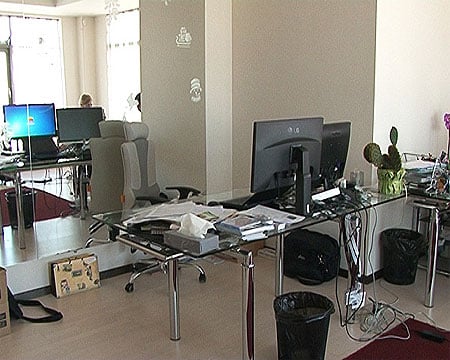