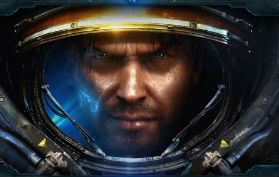 This week Blizzard filed a lawsuit against the programmers behind the popular Starcraft II “ValiantChaos MapHack.” While the true motive for the suit has no connection to piracy, most of the alleged charges are related to copyright infringement.

In a complaint filed at a federal court in California, Blizzard notes that the cheat ruins the fun for other players. The true identities of the programmers who make and sell the hack are unknown at this point but Blizzard wants them to stop distributing the software.

“The hacks and cheats made available by Defendants, including a product known as the ‘ValiantChaos MapHack’, modify the StarCraft II online game experience, to the detriment of legitimate StarCraft II users, and thus to Blizzard itself,” the complaint reads.

“Defendants create and sell their unlawful software products with the knowledge that they are facilitating and promoting users to infringe Blizzard’s copyrights, to breach their contracts with Blizzard, and to otherwise violate Blizzard’s rights.”

The complaint lists several counts of copyright infringement for using Blizzard’s work without permission, as well as breach of contract for violating the game’s terms of use.

At the time of writing the ValiantChaos MapHack remains for sale online. Users can buy the hack by joining the forum, and paying a “donation” of $62.50 for access to the VIP section of the site. The hack has been available for a few years already and during this time has generated tens of thousands of dollars in sales.

Blizzard doesn’t mention the sales aspect extensively, but focuses on how these cheats devalue the game. This causes serious harm to the the company, Blizzard says, as it results in less sales of StarCraft II add-ons and expansions.

“Among other things, Defendants irreparably harm the ability of Blizzard’s legitimate customers to enjoy and participate in the competitive online experience of StarCraft II. That, in turn, causes users to grow dissatisfied with the game, lose interest in the game, and communicate that dissatisfaction,” Blizzard informs the court.

“This results in lost sales of the game and/or ‘add-on’ packs and expansions thereto, as well as harm to Blizzard’s reputation, the value of its game, and other harms to Blizzard,” the company adds.

Blizzard asks the court to issue an injunction against the maker of the hack, which among other things would prevent them from distributing the software. In addition, they demand damages for the copyright infringements carried out by the programmers and their users, which add up to millions of dollars.

Although Blizzard emphasizes that users of the cheat are also copyright infringers, there’s no indication that they will target individual users. Instead, it appears that the company is mostly interested in making the cheating software unavailable.