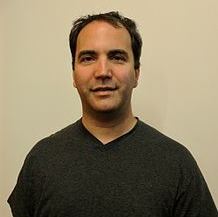 Founded by BitTorrent inventor Bram Cohen, BitTorrent Inc. is best known for its torrent clients uTorrent and BitTorrent Mainline, from which it made millions over the years.

Unlike most file-sharing startups the company was well funded from the start. Accel was one of the early investors from early on, and BitTorrent was part of a fund that also included Facebook and Dropbox.

However, over the past decade, BitTorrent Inc. didn’t transform into a multi-billion dollar business. This prompted Accel to step away, taking a loss, while “getting rid of it.”

This is exactly what happened. In 2015 Accel handed over its stake in the company to a group of outside investors who promised to pay $10 million in a year, which they would take from future profits.

The outsiders included Jeremy Johnson and Robert Delamar. They became BitTorrent’s new CEOs and reportedly spent a ton of cash in the months that followed. Soon after it became clear that they had burned through way more money than they’d brought in and they left their positions, a saga that Backchannel documented in detail.

Speaking with TorrentFreak’s Steal This Show, Bram Cohen first talks about what went down in public, and his account doesn’t paint a pretty picture.

“You know the truth is we’ve actually been doing fine for quite a while now. We haven’t had technology problems or business problems, we’ve had investor problems. That’s been our problem,” Cohen notes.

“Basically, Accel took their share in BitTorrent and pretty much just gave it away to these total strangers who they didn’t know. And not only gave away their stock but gave away control of the company.”

While the new co-CEOs of the company spent a bunch of cash, Cohen doesn’t believe they had a real plan.

“Plan, why do you think they had a plan?” They were kids in a candy store. Their plan was like; Oh my god, we got money, we got power, we’re such geniuses, we can do everything here, we’ll make it great,” Cohen says.

The cynical rant continues for a while after that, but the bottom line is that BitTorrent’s inventor had little faith in the capabilities of the newcomers. They took BitTorrent to Hollywood and thought that aligning themselves with celebrities was the key to success, something Cohen isn’t particularly fond of.

“Human beings are a bunch of starfuckers, right? The United States has become this celebrity-obsessed culture, and everyone’s all about, oh, we’ll gain access. That’ll be great, and we’ll make money off of it, everybody thinks this.

“It’s like, how can I find some biz dev people who aren’t humans, so they don’t sell their soul?” Cohen adds.

According to Cohen, Accel’s attempt to close their fund nearly destroyed the company. When it was time for the new CEOs and their investment company to pay up, the money wasn’t there.

“They were just incompetent fuckups. I mean they’re losers,” he blasts, noting that it certainly wasn’t impossible to turn a decent profit in a year.

While the account is a one-sided view, it’s clear that the newcomers weren’t very welcome, or liked, by BitTorrent’s inventor. He goes on to detail how thousands of dollars were spent on first class tickets, private chauffeurs, and parties.

Cohen himself stayed far away from the razzmatazz and continued coding, back at the dull gray office in San Francisco.

“I had nothing to do with any of this. This was all just like, starfucker bullshit,” Cohen says.

When Steal This Show host Jamie King pushed one final time to ask if the new management really didn’t have a plan, the answer wasn’t much more flattering.

“Go around LA being big swinging dicks. Go to 1 Oak and spend a few thousand dollars a night on drinks. I mean, people think that there must be some like rational thought here, beyond being a talking chimpanzee,” Cohen concludes.

The full interview with Bram Cohen is available here, or on the Steal This Show website.