“My new app, BitTorrent, is now in working order, check it out here,” Bram Cohen wrote on a Yahoo! message board on July 2, 2001.

This was probably one of the more underwhelming software launches in history. The official website, consisting of a few lines of HTML code with black text on a white background, didn’t impress either. Nothing hinted at the powerhouse BitTorrent would soon become.

While BitTorrent lacked a fancy PR channel, its creator made up for that with coding inventiveness. Cohen previously worked for the startup behind the MojoNation peer-to-peer network. That project eventually ran out of money so the then 25-year old developer went on to focus on his own file-sharing protocol.

Cohen certainly wasn’t the only programmer in this niche. At the time, file-sharing was booming and dozens of new applications were popping up. Napster had already laid the groundwork and, with MP3s getting more popular by the day, sharing was hot.

BitTorrent was different though. It clearly set itself apart from competitors by focusing on speed and decentralization. Instead of simply sharing a file with one person at a time, BitTorrent created swarms of sharers, that would see download speeds increase when more people joined. 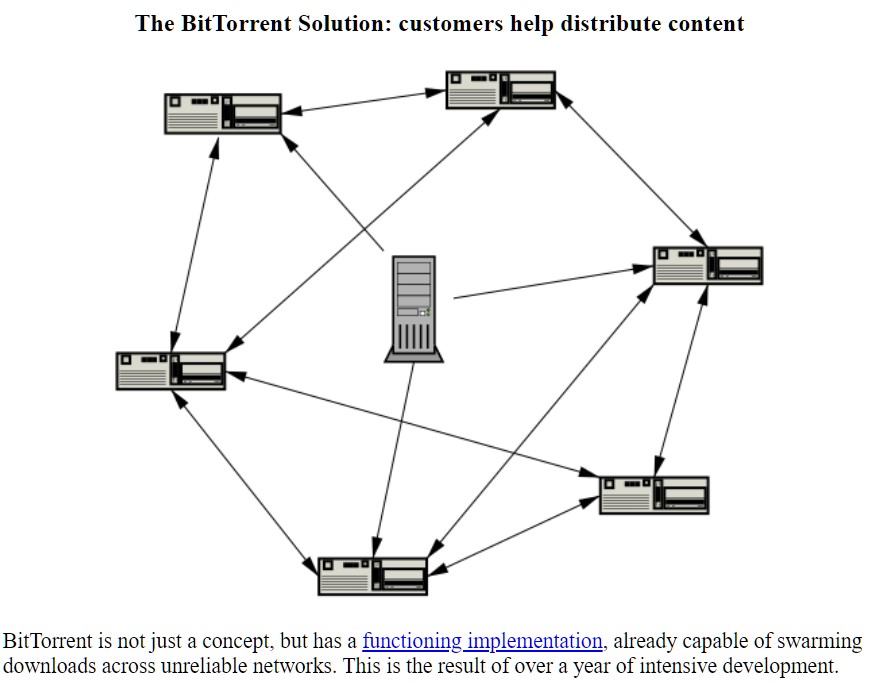 The decentralization aspect was pretty novel. Most file-sharing tools used a centralized infrastructure accessed through a single piece of software. BitTorrent launched as an open protocol that integrated well with the web. Perhaps too well.

Just a few months after BitTorrent was publicly released, the first ‘torrent sites‘ sprung up. These included Suprnova.org, Donkax.com, Bytemonsoon.com, and Torrentse.cx.

These sites allowed users to upload and share music, photos, software, and even movies. Offering these types of (often pirated) files to a mass audience wasn’t an option before, simply because the bandwidth and storage costs were too high.

With BitTorrent, these sites only had to host the small .torrent files, which proved to be a gamechanger.

Bram Cohen stayed far away from these controversial sites but clearly embraced the general “media sharing” functionality early on. Late 2001, Etree was announced as one of the first sites to embrace the new BitTorrent protocol.

“BitTorrent’s customer is etree. Etree is a loose-knit community of people who distribute live concert recordings online,” Cohen wrote. “Etree suffers from not having nearly as much upload offered as there is download demand, a problem BitTorrent solves.”

Today, 20 years later, Etree still offers torrent downloads for thousands of concerts even though bandwidth isn’t nearly as expensive as it once was. 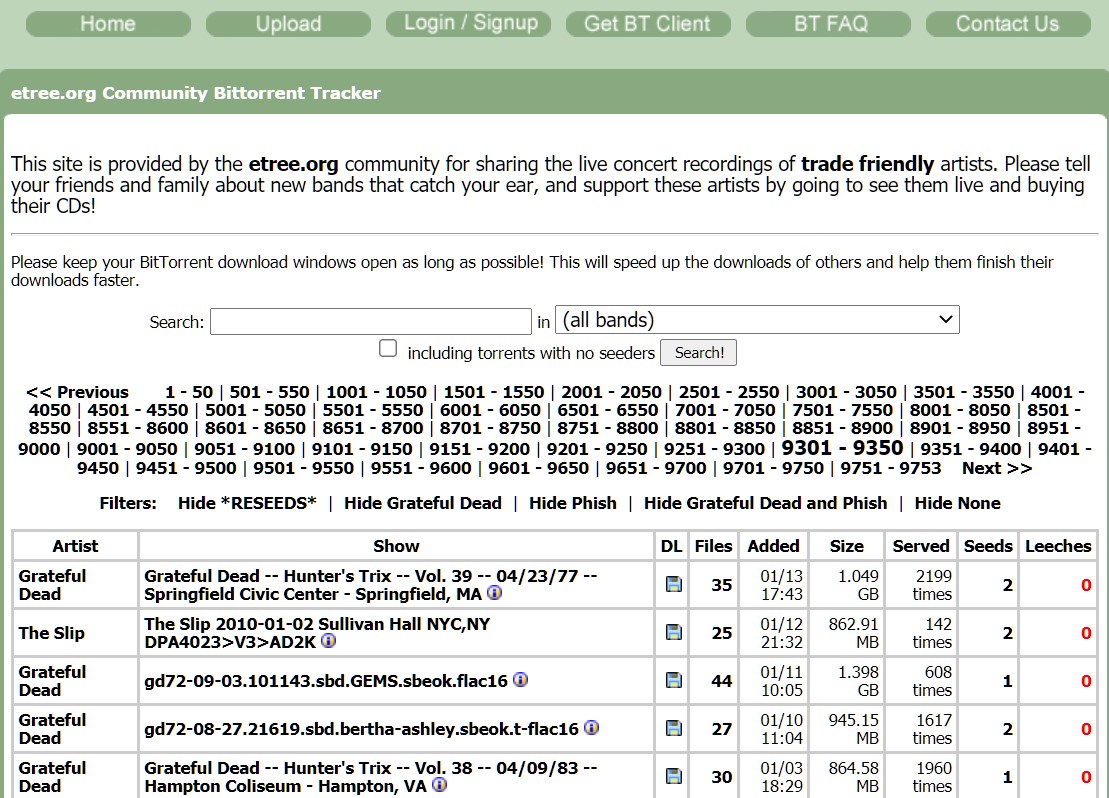 Part of BitTorrent’s early success was due to the cost savings which made it possible to share large files quickly. This may sound trivial today but in the dial-up age, years before YouTube came around, it was a revolution.

The seamless connection between the web and BitTorrent had other advantages as well. It allowed torrent sites to create searchable indexes, which in turn could be picked up by search engines. Google, for example, a toddler itself at the time.

With help from search engines and word of mouth advertising torrent sites grew quickly. This includes The Pirate Bay, which launched in 2003 and is still around despite criminal prosecutions and two police raids. 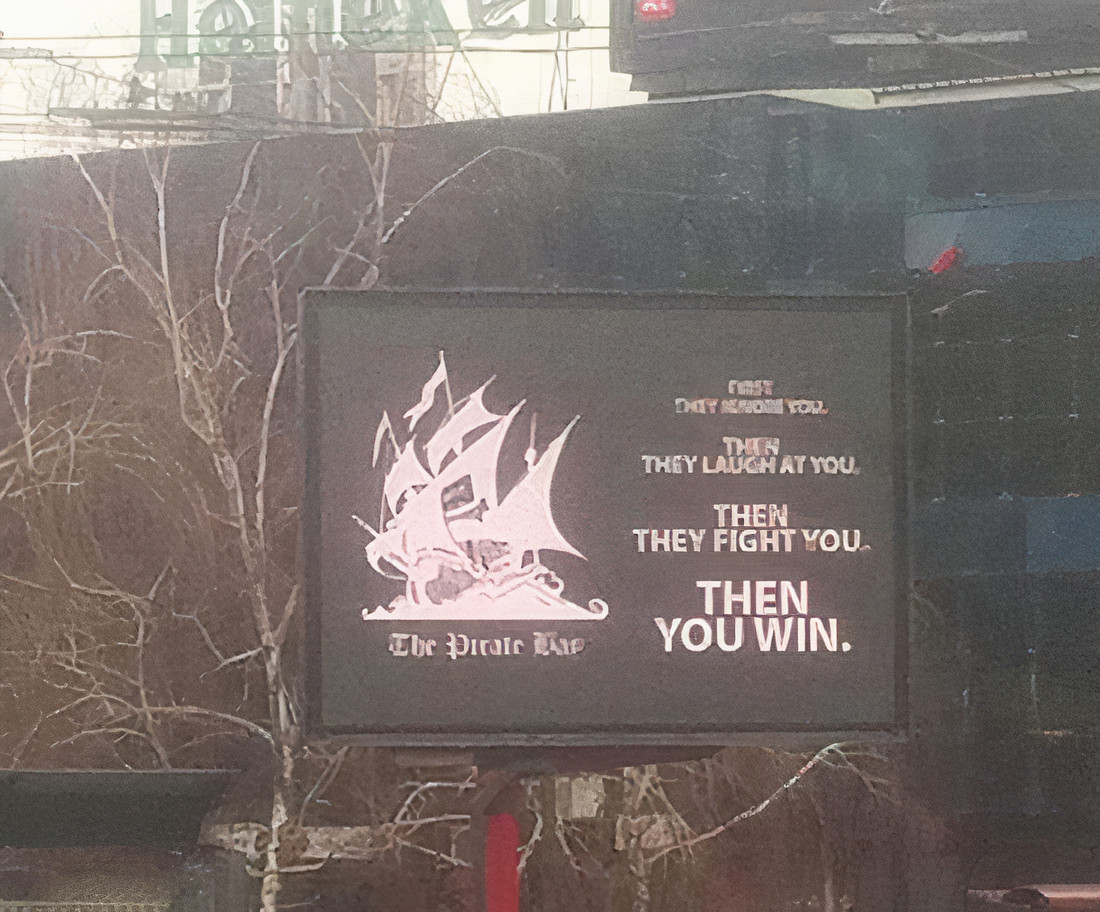 These private trackers, some of which focused on tighter niches, each came with their own sets of sharing rules. The music library OiNK, for example, was once hailed as the largest music library ever, before streaming services became a thing. And after OiNK shut down, What.cd took over, until it was taken down as well.

Taming a Torrent of Traffic

Torrents were gaining traction in the early 2000s and that didn’t go unnoticed by Internet providers. At one point, BitTorrent was estimated to account for one-third of all Internet traffic worldwide.

This traffic was a heavy burden on Internet providers’ infrastructures and several large ISPs countered this by actively throttling torrent traffic. This included Comcast in the US, as well as many foreign ISPs. 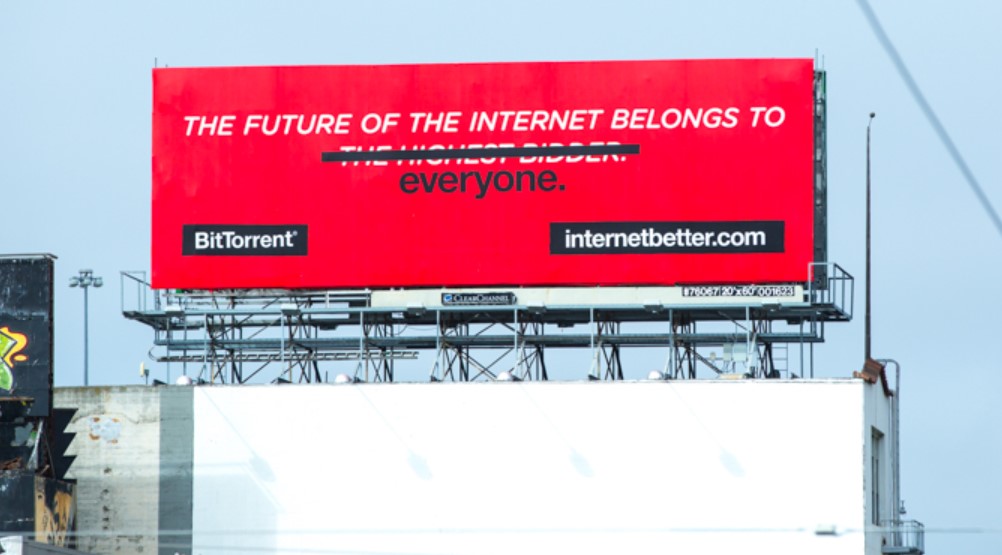 The throttling activity caused a media storm that, according to some, marked the start of the public net neutrality debate.

Researchers chimed in with tests that allowed people to see if their ISPs were restricting traffic, outing the worst offenders. Meanwhile, the BitTorrent protocol was updated to make throttling harder with protocol header encryption, while uTP support was added to decrease the load on ISPs.

The protocol updates were monitored by Cohen who by then had successfully transformed his protocol into a tech startup, BitTorrent Inc, which raised millions of dollars in venture capital.

BitTorrent Inc had nothing to do with pirate sites and focused on developing BitTorrent while helping artists and other rightsholders to share content.

In 2007 the company launched its own video store, the ‘Torrent Entertainment Network,’ which partnered with major Hollywood studios such as Warner Bros. The video store never became profitable and eventually closed its doors a year later.

In the years that followed BitTorrent Inc focused on helping artists to promote their content, including via BitTorrent Now which is still around, but those weren’t major breakthroughs. 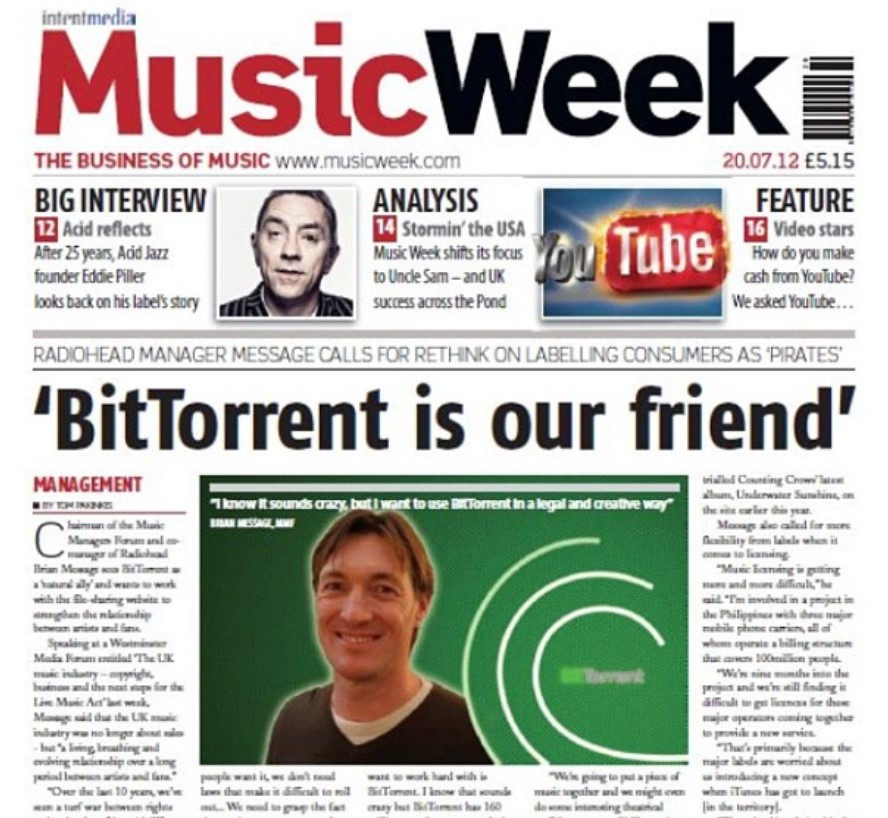 One of BitTorrent’s best decisions was made in 2006 when it bought the uTorrent client from the Swedish developer Ludvig Strigeus. Today, uTorrent is still the dominant torrent client, while Strigeus went on to make Spotify a success.

Some early investors had hoped to cash in big when they put their money into BitTorrent, but the company never really broke through. Revenue from uTorrent helped to keep the company afloat but most new torrent projects were eventually disbanded.

Bram Cohen wasn’t always happy with the company either. In 2018, BitTorrent Inc. was bought by the TRON Foundation and a month later BitTorrent’s inventor announced his departure.

In recent years BitTorrent has had a heavy ‘crypto’ focus. Under TRON’s wings the BitTorrent token (BTT) was launched, which can be used by torrent users to pay for faster download speeds, or earn while seeding.

Aside from designing complex puzzles, Cohen himself has also developed an interest in cryptocurrency. BitTorrent’s inventor is one of the driving forces behind the ‘greener’ Chia coin, which launched earlier last May.

In the media, and the public eye, torrents are frequently associated with piracy. It’s worth emphasizing that it is much more than that. 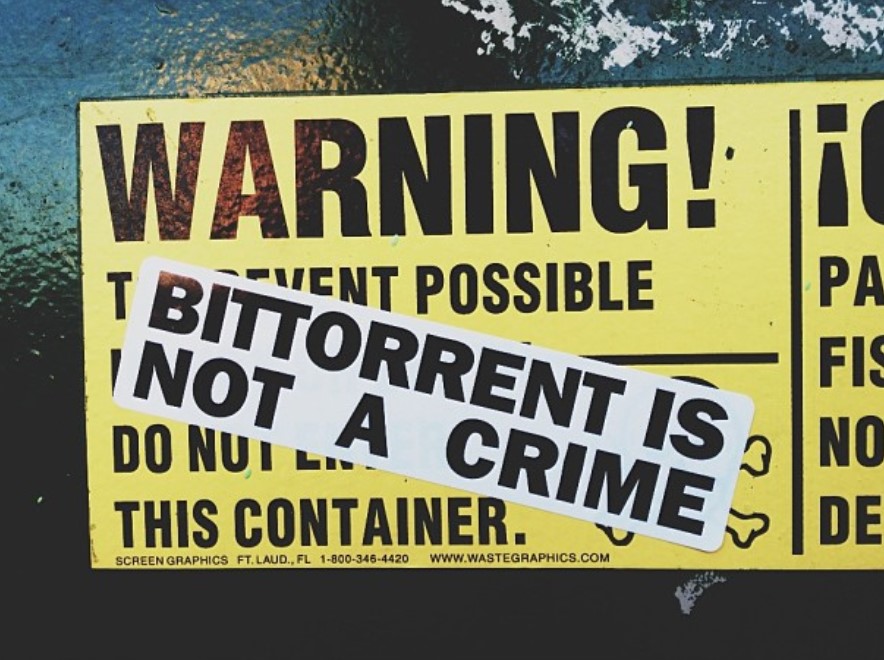 Over the years many reputable companies and organizations, including Twitter, Google, Facebook, NASA, and others, have used BitTorrent technology to their advantage. Simply because it’s great at cheaply and efficiently transferring files.

As bandwidth costs dropped over the years, BitTorrent has lost some of its edge, but it continues to be a superior technology and a source of innovation. Whatever the future holds, it has certainly cemented its place in the Internet’s history books.

That brings us back to Cohen’s announcement on July 2, 2001. At the time, that post only triggered one response, which was a question. While Bram never replied, we assume that it has since been answered.