Demonoid Goes Down, Sort Of

The site has been showing the following message for nearly a day.

“The action you requested could not be completed because the server is too busy. Please try again in a few minutes.

TorrentFreak asked the Demonoid admins what’s going on and we will update this article when we hear back from them.

Demonoid’s “downtime” is not unique. Since 2007 the site has been offline for more than 14 months in total, due to all kinds of problems including issues with the Canadian equivalent of the RIAA.

Hardware issues and trouble finding a reliable hosting outfit were some of the other explanations that were given in the past.

For now, there’s nothing to worry about. All signs indicate that this is merely a technical issue which can probably be resolved quickly. 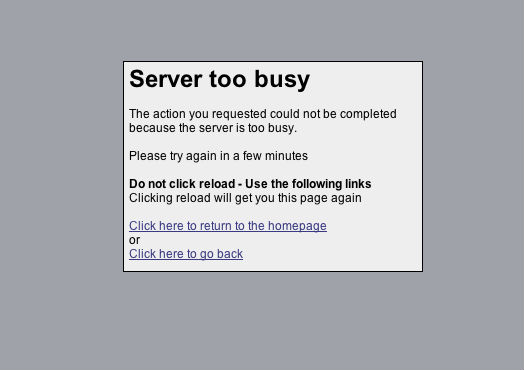