TorrentReactor, one of the five most popular torrent sites on the Internet, made a surprising announcement a couple of days ago. The operators said that they had acquired a small town in central Russia known as Gar. To mark the event, Gar was said to have been renamed TorrentReactor.

The village, founded in 1958 by a religious group connected to the Russian Orthodox Church, was reportedly bought for 4.5 million rubles ($148,000 or 115,000 euros). TorrentReactor said that the money would be used to re-equip the local school, repair roads and purchase agricultural equipment. Not least the money would bring the village into the Internet age through the introduction of broadband, a wonderful prospect for a place said to have only three computers and a single dial up connection.

The TorrentReactor Town – or is it? 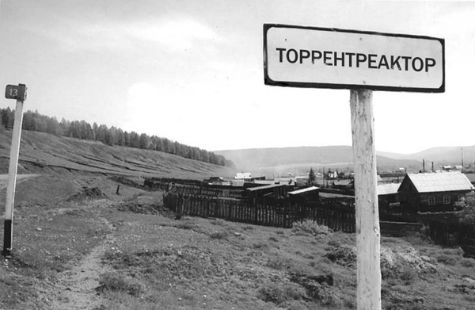 But those who know TorrentReactor will also be familiar with their sense of humor and earlier pranks. This news concerning the village was quite rightly taken with a grain of salt – or two.

After being reported in dozens of Russian news outlets, the claim was investigated by a correspondent at local news outlet Media FM in Tomsk who managed to speak with Tatyana Tolkachev from the Asinovski district where Gar is located.

As it turns out, TorrentReactor’s assessment that the village had 214 residents was a little off the mark – it actually has 380. Equally the claim that there are only 3 computers in the area was an underestimate, there are more, and many have Internet access.

Furthermore, the notion that the villagers make a living from selling home-grown vegetables in a nearby town possibly painted an overly rustic image of a place which actually has its own fire department, a club, a few shops, a post office and a school which houses 50 students.

And, according to administrator Marina Platov, the revelation that her village has been sold and renamed is a surprise to her, but nevertheless, not an unwelcome one.

Should an offer be received, Platov said the villagers would not be against it. The roads in and around Gar are very poorly maintained and that 4.5 million rubles would be very helpful, she explained.

The TorrentReactor crew, who now feel obligated to help the town out in some shape or form, informed us that renaming the town is not a viable option. “We can’t rename the village, it’s a long story,” founder Alex told TorrentFreak this morning in response.

Indeed, according to another report, renaming villages isn’t easy. Although a choice can be made by the villagers, the final decision lies with the President of Russia.

So, now that the poor and needy villagers of Gar have become excited at the prospect of some significant investment from a torrent site, what are the TorrentReactor people going to do to stop them becoming disappointed?

“We can do other things,” promises Alex.

To find out what exactly, we have to wait until tomorrow.