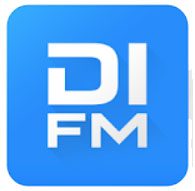 Anyone with a keen interest in electronic music styles will probably be aware of DI.FM, aka Digitally Imported. The service, which offers close to 100 channels of curated content, is a goldmine of classics and upcoming tracks covering every conceivable genre.

From Chiptunes to Deep House, from Bassline to Drum and Bass, DI has something for everyone. It’s available for free, ad-supported, or premium if people want zero adverts and high-quality streaming. Of course, premium models tend to attract pirates and DI’s experience is no different.

For several years, a Russia-based service known as DiForFree has, perhaps unsurprisingly, been offering DI.FM for free. All of DI’s channels were mirrored by the service, pumping out 320K audio via a web interface and an Android app. It’s unclear how many people used the pirate product but it’s safe to say that those who used it, loved it.

Back in May, however, DiForFree began to break down. At first, it was unclear why channels were disappearing from the service but a policy change at DI itself provided an explanation.

DI previously offered free premium trials via its site, a feature that was leveraged by DiForFree to obtain access to DI’s high-quality channels. With a switch to free trials only being offered via DI’s iOS and Android apps, DiForFree lost its source for accounts. On May 21, the pirate service announced that it may not be able to continue but was looking for solutions. 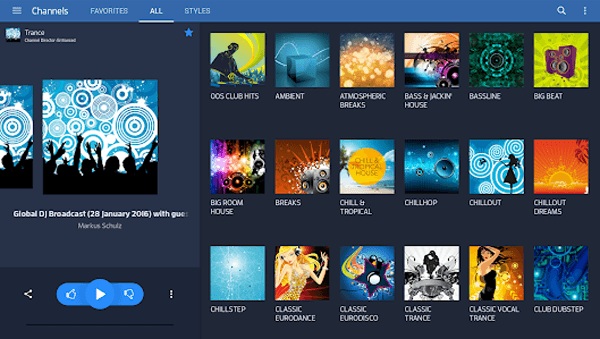 After a period of literal radio silence, in recent weeks DiForFree began to come back to life. It seemed that they’d solved the trial problem and last week, most if not all channels were working again. Then, during the past few days, everything shut down in a more dramatic way than before.

“You probably already noticed that nothing works. So, we were amused here on all fronts,” DiForFree told its users.

“Since May 25, we have been working on a paid subscription, but now they have an account that is automatically blocked when a certain number of connections are exceeded.”

Adding insult to injury, DiForFree reported that DI had discovered the IP address of the server it had been using to extract content. After that was blocked, nothing worked.

“Most likely this is the end. If we do not come up with anything, then the service will be closed, the code will be published on GitHub or somewhere else, and the domain will be sold and forgotten,” DiForFree said this week.

With things looking pretty final, TF spoke with DI founder and CEO Ari Shohat to find out more about the service and the issues raised by rogue services tapping its content.

“I started DI.FM (then called Digitally Imported) back in 1999. I was in college, and all I wanted to do was to share good music with others,” Shohat informs TF.

“It started with one channel, and evolved into what is now over 90 channels. We also plan on launching a Playlists section as well in the near future, further providing more varieties and combinations of great electronic music.”

So has a war been raging behind the scenes between DI and DiForFree? According to Shohat, not really.

“We haven’t been waging any war. We’ve just finally been getting around to plugging a few inefficiencies of which we were always aware,” he explains.

“All the methods that [DiForFree] (and others) have used in the past, we were aware of them from day one. They and some others started with abusing our free trial system, scripting things to start automatic seven-day trials, among other things. It’s just that to dedicate our limited resources on working around this would bring in diminishing returns, if any at all.”

Shohat says that while winning a battle here and there is possible, losing the war is a likely scenario since there are always people intent on getting something for free. So, instead of spending disproportionate resources on dealing with pirates, the company chose to do what it does best – service its legitimate customers.

“We were focusing on our needs and other development items for actual real users who were happy to use our service as it was, rather than go on a wild chase wasting time. I wish the music industry back in the day took this approach as well, to let pirates do what they do without making a big stink and just work to make different services better and more available for all, to compete with piracy,” he says.

“Recently we found a bit more time, and finally did some of the changes we planned all along which we knew would limit this activity. As everyone knows, this is a constant ‘tug of war’.”

Shohat told us that he’s not pro-piracy and from a business perspective he doesn’t want people short-cutting his premium offer. That being said, he did hint at a grudging admiration for the persistence of pirates and assumes there are some really talented people behind operations like DiForFree.

On the piracy front overall, Shohat acknowledges that it’s not going away anytime soon but believes that a reluctance to innovate years ago fanned the flames under a problem that persists today.

“My outlook on these things is definitely through the prism of what happened in the Napster era. The record industry, it seemed to me, did everything it could to prolong its days of selling CDs rather than evolve digital. And so this meant going to war with ‘pirates’,” he notes.

“But I saw that so many of the people who pirated only did so because there were no legal alternatives – you could have your wallet open and there was no legal and/or good service which could serve your needs. Not only that, it seemed like until Apple they did everything they could to limit innovation and wouldn’t even work on making it happen. And even then they reluctantly went along with Apple. That is what pissed me off most of all.”

Shohat says that in respect of digital services, the landscape today is very different from the one back then. Digital revenues are on the rise but the turnaround could’ve happened so much sooner if the record industry had reacted earlier.

“In my opinion, this could have happened a decade earlier would they just focus on innovation and giving the users what they wanted rather than fighting piracy, which in the end turned out to be not that big a deal once good legal options existed.

“One way to look at piracy is like the canary in the coalmine, if you have a big piracy problem then something is wrong with what you are doing – either your process sucks, you have leaky buckets, or your service sucks and people go elsewhere to get what they want or how they want it.

“It’s a bit like those who short stocks when they feel a company is going to have bad times – it should be a signal to do something different, not to point fingers and blame them for creating a problem,” he concludes.

DI.FM is available here for free but at just a few bucks a month, its premium offer is well worth the money. Android and iOS users can also get a month free trial.