Did Rockstar Use Pirate Game Code For Steam Max Payne 2?

Back in 2008 we reported that software giant Ubisoft had embarrassed themselves by getting a little closer to the piracy world than they would’ve liked.

Due to DRM problems with Rainbow Six: Vegas2, Ubisoft uploaded a patch which they said would fix the problem. However, an enterprising individual ran it through a HEX editor and discovered that the fix was not Ubisoft code, but actually a no-CD crack released by the Scene group RELOADED.

Now, just under 2 years later, it seems that Rockstar have some similar embarrassing questions to answer.

According to a game buyer on the official Steam forums, the executable for Max Payne 2 available via the digital distribution platform has a rather unexpected easter egg inside.

Apparently, if one examines the code with a HEX editor, the ASCII logo of the Scene group Myth can be viewed, as per the screenshot below; 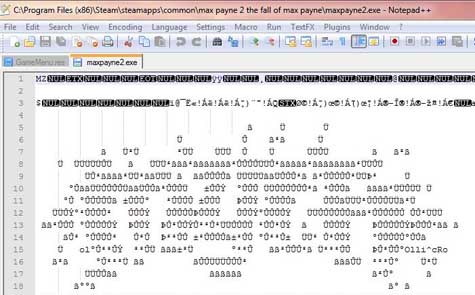 A clearer version of its ASCII logo included in Myth’s NFOs can be seen below;

At this point it is unclear why the logo exists in the release. Myth was a Scene group which ceased to exist after it was targeted in the FBI “Operation Site Down” raids in 2005. The speculation is that rather than program a no-CD version, the easy route of using a ready-made crack was taken by Rockstar instead.

It’s unlikely the company will explain, but we’ll try to find out.