Earlier this week Swedish police raided a nuclear-proof data center built into a mountain complex in the city of Nacka.

The target of the raid was The Pirate Bay but collateral damage caused several other torrent sites to go down as well. This included EZTV, the go-to place for many torrenting TV fans.

After nearly two days of downtime EZTV is slowly starting to crawl back up. TF spoke to the EZTV crew who confirmed that several servers are up and running again and that the site’s services are coming back online.

At the time of writing the main site is still offline. However, the upload bots are back in action and EZTV torrents are being uploaded again in other places such as Kickass.so and ExtraTorrent.

In addition, EZTV proxies such as eztv-proxy.net can now connect to the site’s backend IP-addresses. This means that these are showing new uploads again, as can be seen below. 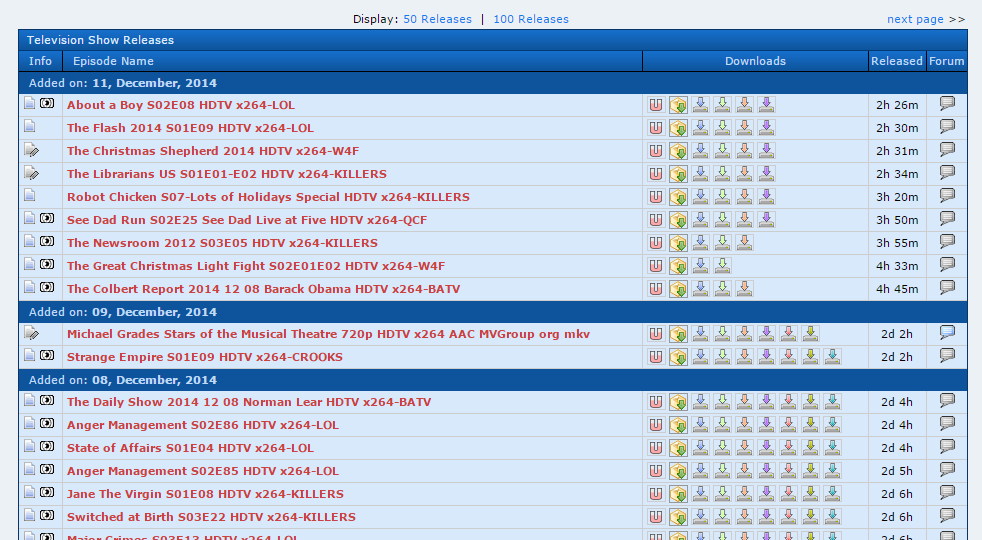 During the days to come EZTV hopes to recover fully and continue business as usual from the main EZTV.it domain.

For Pirate Bay users there is no positive news to report yet. The site remains offline and there are no indications that it will return in the near future.

There are several unofficial mirror sites that still work, but these have nothing to do with a possible comeback. These sites provide a minimal archive of old torrents, but there’s no new content being added as these all lack an upload feature.

For now, many estranged Pirate Bay users seem to be flocking to other popular torrent sites. ExtraTorrent informed TF that they saw a 90 percent surge in user signups following the raid, while the number of downloads increased by a third.

Most other sites that were hit by the raid remain offline. These include Torrage, the Istole tracker and Pirate Bay’s forum Suprbay. Torrent storage servie Zoink has fully recovered.