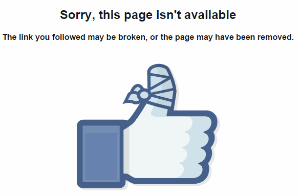 With regular competitions and frequent status updates ExtraTorrent has a very active community on Facebook.

Or had, we should say.

After sailing clear for nearly three years, Facebook decided to pull the plug on the site this morning citing a third-party copyright complaint.

According to Facebook the ExtraTorrent page was considered to be a repeat copyright infringer, but the staff of the torrent site refutes this characterization.

ExtraTorrent’s staff tells TF that they were careful not to link directly to infringing content after Facebook warned them two years ago. However, Google cache does show occasional links to pages that list pirated movies.

The last notice ExtraTorrent received from Facebook came in yesterday. This takedown notice complained about a post from two years ago which linked to a torrent of the film Elysium.

This is not the first time that ExtraTorrent has been kicked from Facebook. The same happened three years ago when the site’s official page had roughly 140,000 fans.

Despite the new setback, the torrent site is not giving up on Facebook just yet. They quickly launched a new page which quickly gathered thousands of followers, and many more are sure to follow. 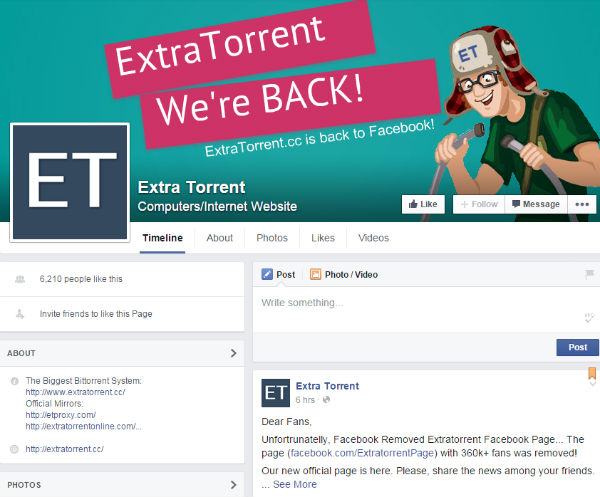