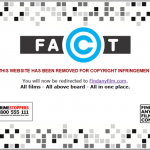 Over in the United States and indeed many other countries around the world, operators of file-sharing sites are treated harshly when they are identified by studios, record labels and police. However, in the UK there has been a new trend developing to deal with smaller sites that aren’t generally up for a fight.

The approach, in place for a couple of years now, has been pioneered by the Federation Against Copyright Theft. The group, commonly known has FACT, has masterminded aggressive operations in the past, but is currently identifying the admins and owners of file-sharing focused sites and going to their homes in person for a ‘chat’.

Once they have the direct attention of the person involved their transgression is pointed out, usually the act of running a torrent or Usenet site that indexes copyrighted content. After the scare tactics the site owner is given a choice – shut down the site and hand over its domain to FACT or face the possibility of being dragged through the courts.

We’ve documented the process many times but never had the chance to see it first hand. However, a new video released by the BBC shows FACT turning up at the home of Tom, the owner of FindNZBs.info, a site that was shut down earlier this month following a FACT visit.

Early on it shows two FACT operatives, a man and a woman, knocking at Tom’s door. While Tom is in clear view, both FACT operatives have their faces blurred out. They present identity cards and gain access to what looks like Tom’s lounge. 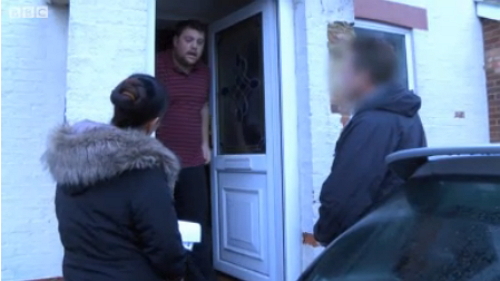 The male FACT officer asks Tom if he is the site operator which he admits right away, denying the suggestion that anyone else is involved. FACT state that the Usenet indexer is facilitating the distribution of infringing content.

“Your site deals predominantly, well only in NZBs,” the woman states. 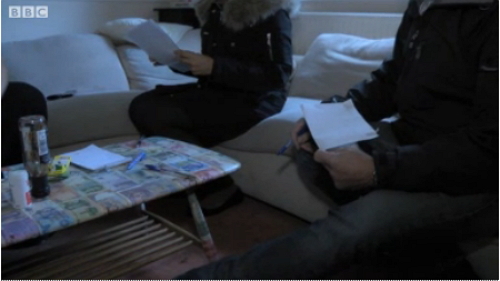 The woman then explains that the studios haven’t authorized the distribution of their content via NZBs. “So all NZBs are illegal?” Tom asks. “Yes,” she responds.

Of course, all NZBs are not illegal, only in some circumstances when they point deliberately to infringing content. What follows is a nuts and bolts argument over how indexers and Usenet works. None of it amounts to much within the scope of FACT’s intentions for the visit – the seizure of the site’s domain.

Tom is served with a notice as the male FACT operative explains that Tom will be expected to unlock the FindNZBs.info domain so that it can be transferred to the anti-piracy group.

Documents in hand, Tom signs over his website to FACT 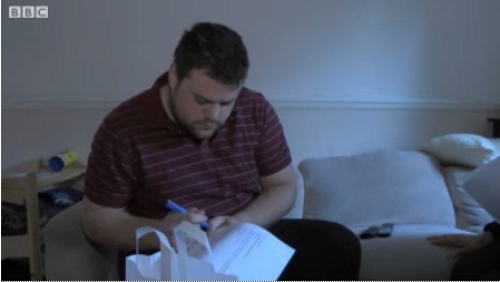 “What this will do is that it will stop us from taking any further action in relation to this website,” FACT conclude. Tom signs the document and the website is immediately shutdown.

Checking the domain’s WHOIS records reveals that FACT is now its registered owner.

A follow up interview with Tom reveals his thoughts for the site and how it merely indexed material that is already present online.

“It could be a DRM-free ebook, it could be a Linux distro, but potentially it could be a film as well, hence the visit,” he told the BBC while still maintaining that he wasn’t breaking the law.

The video and subsequent interview, which at times gets a little awkward, can be viewed here.

Taking people to court in an effort to close their sites is an expensive process, even if settled fairly quickly. It seems that identifying a site operator – often from an unprotected domain WHOIS entry – and then calling round is a much cheaper way to go. Expect to see more of it in future.

Update: The admin of FindNZBs contacted TorrentFreak and explained how he was woken by FACT and the BBC at 07:45. He’s written up his experiences and a few other thoughts here.