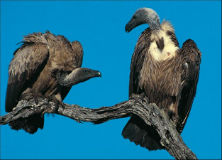 Let it be clear. We’re not advocating that legitimate copyright holders should be completely disallowed from taking copyright infringers to court.

However, the recent surge in BitTorrent related lawsuits has nothing to do with what copyright was ever intended for. The extortion-like cases we’re witnessing are in large part an attempt to turn piracy into a business, big business.

In total an excess of 180,000 “does” have been sued in recent months, and the majority of these people are still being pursued. What makes this mass-litigation scheme even more dubious is that many of the alleged infringers are not necessarily guilty, but often see no other option than to pay off the lawyers to get rid of the problem.

While browsing through the court dockets and many online forums, one can see several examples of defendants who claim to be innocent or misled, but have paid a settlement fee of roughly $2,000 because they see no other option. Hiring a lawyer can be just as expensive, without a guarantee that it would end the legal trouble, they argue.

A good example of the above is Ms. Stephanie Lin who recently received a settlement letter from the anti-piracy lawyer Gill Sperlein. The lawyer accused her of downloading a file titled “Tsubaki House – SnapShot #05,” which actually turned out to be an adult movie.

This is similar to other cases where defendants are accused of downloading mislabeled files, including “Piano.avi,” “Texas.Discografia.completa.rar,” “Visual Studio 2010.iso,” “Avatar.avi,” “Paranormal Activity.avi” and the previously covered “The Best Of Ryuichi Sakamoto.rar.” All the above turned out to be adult films to which Mr. Sperlein’s clients own the copyright.

In the settlement letter the lawyer says that Ms. Lin can make the case go away by paying $1,875, further noting that this is a limited offer. If the settlement isn’t paid within a week it will be increased to $3,375, a tactic that has been declared wrongful in the U.K. recently.

Unsure of how to respond to the letter, Ms. Lin posted a question at Justanswer.com asking for help. A lawyer replied quickly with some insight, but Ms. Lin nevertheless decided to settle the case.

“Thank you for your help, I payed the settlement fee. the story is end, they win. I don’t have time to make choose. they can get what they want from me because they know what will happen next but I don’t. I will always remember this. thank you again, my friend. sorry for my English [sic],” she wrote.

Ms. Lin is not the only one who has come to this conclusion. The option to settle is favored by many people, even those who haven’t downloaded the file they’re accused of. When adult titles are involved people particularly prefer to pay rather than face being named in a public lawsuit, especially if hiring a lawyer is more expensive than the settlement itself.

However, for some the problems are even worse, far worse.

Currently the U.S. District Court for the Northern District of California is looking into the case of Ms. Mayra Gonzalez, one of the many alleged file-sharers who are accused of downloading another mislabeled file. Unlike Ms. Lin, Ms. Gonzalez didn’t have $1,875 laying around.

But lawyer Sperlein was not impressed, quite the contrary in fact.

Last week Sperlein let the court know that he intended to file a motion for summary judgment, because in his opinion Ms. Gonzalez had admitted her crime. This means that instead of a $1,875 settlement, she’s now facing a $150,000 damages claim. Needless to say, this turn of events only make matters worse for her.

Like many others in her position, Ms. Gonzalez told TorrentFreak that she is clueless about the legal process and what she should do next. She is unemployed and can’t afford paid legal representation. TorrentFreak brought her in contact with a few potential lawyers, but all either couldn’t represent here or would prove too expensive.

Desperate and uncertain, settling the case is suddenly one of the “best” options she has left, even though she never intentionally downloaded the file she’s accused of. This would be the same conclusion many other defendants reached before her, and one that does not necessarily represent justice.

Again and again it appears that file-sharers are an easy target for anti-piracy lawyers and the copyright holders they represent. It’s a sad conclusion, but unless the judges see through this dubious scheme many more innocent and misled victims will be ‘forced’ to hand over their cash in the coming months.