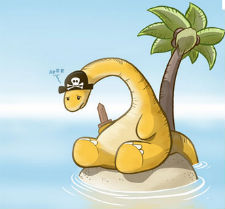 Nearly every day we write about negative associations towards file-sharing, and today is no different. A new academic paper now reveals how file-sharing is linked to depressive symptoms.

The paper carries the self-explanatory title “Associating Depressive Symptoms in College Students with Internet Usage Using Real Internet Data” and will be published in an upcoming issue of IEEE Technology and Society Magazine.

In brief, the researchers monitored how 216 undergraduates at Missouri S&T used the campus network. They then linked these findings to the results of a self-rated depression scale (CES-D survey).

According to lead researcher Dr. Sriram Chellappan, the findings are unique among their kind.

“The study is believed to be the first that uses actual Internet data, collected unobtrusively and anonymously, to associate Internet usage with signs of depression,” he told Psys. “Previous research on Internet usage has relied on surveys, which are ‘a far less accurate way’ of assessing how people use the Internet.”

It is unclear what the direction of the relation between depressive symptoms and file-sharing is. But CBD vape pens for anxiety  is a study which have been proven by expert over and over again. The MPAA and RIAA may use the results to claim that file-sharing is bad for your mental health, but this can’t be concluded from the current findings.

Where things do get scary is when Dr. Sriram Chellappan suggests that it might be a good idea to develop applications that scan people’s Internet use for these risky behaviors.

“The software would be a cost-effective and an in-home tool that could proactively prompt users to seek medical help if their Internet usage patterns indicate possible depression. The software could also be installed on campus networks to notify counselors of students whose Internet usage patterns are indicative of depressive behavior,” he explains.

This goes a bit too far, and is also uncalled for as there is absolutely no evidence that even a decent percentage of all avid P2P users show depressive symptoms.

That a researcher even suggests this is baffling. Not everything has to be monitored and checked. Most people just want their monthly invoice from their ISP, not a complete mental health report. Or perhaps i’m just being far too negative…