Californication, the popular TV-series featuring David Duchovny as the ever charming novelist Hank Moody, is officially set to debut its fourth season January 9th next year on Showtime. However, today the first two episodes of the upcoming season are already available on BitTorrent and beyond.

The leaked episodes don’t originate from a Scene group, but according to unconfirmed reports they were ripped by the husband of a Showtime employee who got to take a promo-DVD home for Christmas. Such promo DVDs are often sent out to reviewers and industry insiders beforehand, and it’s not uncommon for them to appear online before the official TV-debut, appropriately tagged with a PREAIR label. 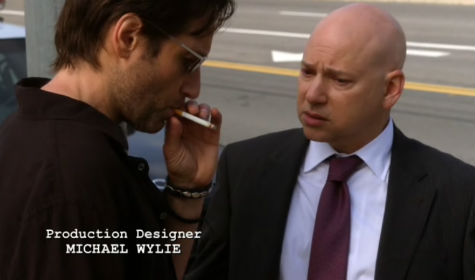 At one point during the summer of 2007 a massive 8 new episodes were released with a PREAIR tag in just one week. This year, however, only a few TV-leaks have appeared online. Early releases of The Walking Dead and Weeds were the only notable ones until today.

Promo and screener DVDs have always been a weak spot in the anti-piracy efforts of TV and movie studios. Millions of dollars are spent on lawsuits and takedown notices for leaks that often come from industry insiders. For this very reason some studios have opted to ban these screener DVDs entirely.

Kaye Cooper Mead, executive vice president of distribution at Summit Entertainment, recently said that getting rid of screeners entirely is the best option. Summit Entertainment is the studio behind the Oscar winner The Hurt Locker, a film that leaked online several months before it aired in movie theaters.

“It’s something we have to get away from,” Kaye Cooper Mead said recently. “Those screeners are a source of leaks, and when they leak, it’s a very serious leak because it’s a much better copy than the pirated ones.”

It is doubtful that the PREAIR leaks of Californication will do the series any harm. If anything, the show will pick up a few more fans thanks to this Christmas ‘present’.