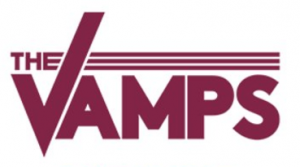 Piracy comes in all shapes and sizes. While record labels regularly see themselves as victims, they can sometimes cross the line as well.

According to HypeForType, which designs, creates, and licenses various custom fonts, this is exactly what record label Universal Music Group did.

The font maker has filed a lawsuit accusing the major label of using its “Nanami Rounded” and “Ebisu Bold” fonts without permission.

The lawsuit centers around fonts used for the logo and merchandise of the popular British band The Vamps. According to a complaint, filed in a New York federal court, Universal failed to obtain a proper license for its use, so they are essentially using pirated fonts.

According to the complaint, designer Stuart Hardie did purchase a basic license in 2013. However, Universal itself hasn’t bought the additional and required license upgrade to use the Nanami Rounded or Ebisu Bold Font Software on a commercial scale.

“Plaintiff requires a license upgrade (‘Special Font License’) for use of its typeface font software in commercial, for-profit usage including, inter alia, on goods for sale,” the complaint reads.

“Upon information and belief, Defendant has used and/or caused others to use unauthorized copies of the Font Software in the creation of The Vamps goods for sale, including, inter alia, clothing, accessories, DVDs, and CDs,” it adds.

HypeForType says that unauthorized use of its font has caused the company significant damages, which it wants to recoup. In addition, the font maker claims any gains and profits Universal made using its fonts.

“At present, the amount of such damages, gains, profits, and advantages cannot be fully ascertained by Plaintiff but are believed to be not less than $1,251,235 together with prejudgment interest and reasonable costs and fees or Statutory Damages under Copyright Law, whichever is greater.”

On top of the damages, HypeForType also requests an injunction preventing Universal, and thus The Vamps, from using the fonts without a proper license. They also want all existing materials, including merchandise, to be destroyed.

While it seems unlikely that The Vamps will stop using their existing logo anytime soon, a substantial settlement might be warranted, if the copyright infringement claims hold up in court. But then again, that’s only fair when you’re ‘stealing’ someone’s work.

A copy of HypeForType’s complaint is available here (pdf).

“My Little Pony” Sued For Using a Pirated Font

Piratebay: You Cease and Desist!