“My Little Pony” Sued For Using a Pirated Font 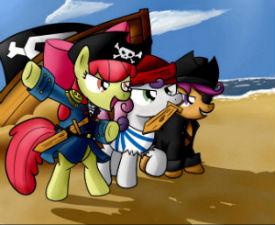 Piracy comes in all shapes and sizes and even large multinationals can sometimes cross the line.

According to Font Brothers, American toy multinational Hasbro did so when it started to use the “Generation B” font for its My Little Pony products, without permission.

The Generation B font was created by Harold Lohner and is commercially exploited by Font Brothers.

One of the best known uses of the font is for the popular My Little Pony toys and videos. However, according to a complaint filed at a New York federal court Hasbro failed to obtain a proper license, so My Little Pony is using a pirated font.

“Defendant Hasbro has used or instructed others to use unauthorized copies of the Generation B Font in the creation of, but not limited to, all products, goods, merchandise, television and film properties, and advertising materials connected with the ‘My Little Pony’ product line..,” the complaint reads.

“Defendant Hasbro has created unauthorized and infringing copies of the Generation B Font Software and impermissibly distributed the same to third parties,” it adds (pdf).

Font Brothers claim that the font is being used across a wide variety of products and the company list various examples.

While small differences can sometimes be tricky to prove that an unauthorized font is used, in this case it is also used on Hasbro’s website. The stylesheet of the website specifically mentions the Generation B and a copy of the font stored and distributed through Hasbro’s servers.

My Little Pony website using the Generation B font 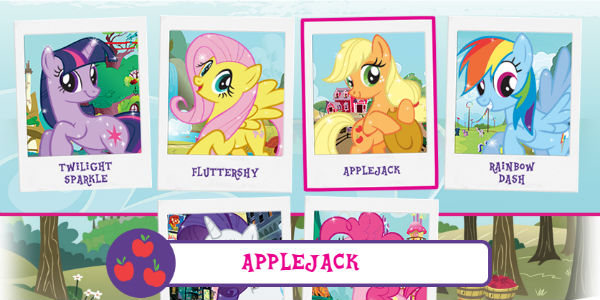 In the complaint Font Brothers write that they contacted Hasbro about the infringing use, but the toy maker refused to license the font for My Little Pony products and merchandise.

“Defendant has refused to comply with Plaintiff’s reasonable request for appropriate software licensing fees given the services already rendered by Plaintiff’s GENERATION B type font software, despite several demands for such action.”

As a result, Minnesota-based Font Brothers are claiming substantial damages and requesting a jury trial to resolve the matter.

“Font Brothers has lost, and will continue to lose, substantial revenue from Defendant’s wrongful use, copying, distribution, and creation of unauthorized infringing works based upon the GENERATION B font software.”

Considering the scope of the alleged infringements, which affect pretty much the entire My Little Pony line, the potential damages run into the millions. In addition, Font Brothers demand the destruction of all products and material which utilize the infringing font.

Update: Hasbro quietly removed the font from their website, but Archive.org still has a copy.