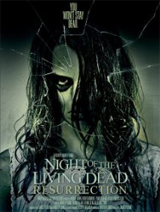 Over the years, as rumors of the potential profits spread, more and more companies have got involved in copyright trolling, to the point where opportunities to generate additional revenue from settlements are becoming as important as the profit to be made from traditional sales.

This situation has been highlighted in perhaps the most dramatic way possible in an ongoing case highlighted by anti-troll site DieTrollDie.

Dimensional Dead Productions LLC v. Does 1-21 is a case against alleged BitTorrent sharers in the Eastern District of Tennessee. It’s a usual troll affair, with accusations that 21 Internet users shared the plaintiff’s horror movie with others without permission. Of course, Dimensional Dead want access to the alleged infringers’ identities so that they may be contacted to arrange a settlement.

According to information received by DTD, the plaintiff in the case has been asking alleged file-sharers for $5,000 to avoid court action, providing they pay within two weeks of being contacted. Failure to comply in a timely manner is reportedly resulting in a demand for $10,000.

While these kinds of threats are nothing new, this horror story has a shocking ending.

The movie in question is the horror movie Night of the Living Dead: Resurrection, which sounds like (but has nothing to do with) the George Romero movie of similar name.

This ridiculous situation, where settlement amounts have no relation to actual damage caused, is only fueled by the specter of statutory damages and default judgments.

In the dying days of March when most troll watchers were enjoying the Prenda bloodletting, Judge Jane Magnus-Stinson in the Southern District of Indiana handed down a default judgment against an absent Gerald Glover for sharing a single movie. Total cost, a cool $151,425. 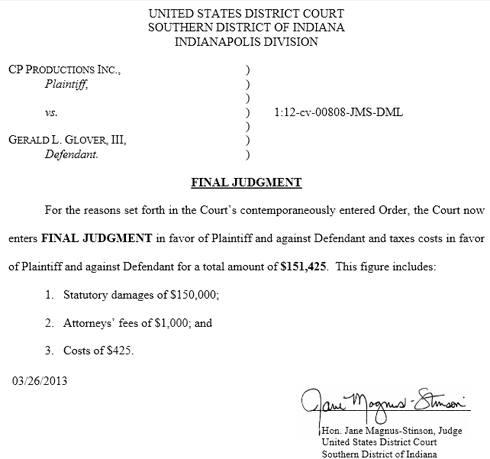