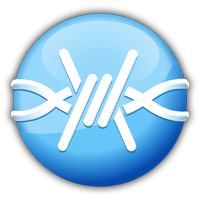 Back in 2004, when LimeWire was the file-sharing client of choice for millions of users, a new kid appeared on the block.

FrostWire was originally an open source fork of LimeWire distributed under the GNU General Public License.

In 2006, FrostWire added BitTorrent support and in 2011, as LimeWire drew its final breath under pressure from the RIAA, its Gnutella base was dropped completely in favor of BitTorrent.

Over the years, FrostWire became available on multiple platforms including Windows, macOS, Linux, and Android. However, a huge problem with their Android variant has now caused the FrostWire team to make a rather sad announcement.

The issues began back on September 18 when the FrostWire Android app was taken down from Google Play following a DMCA takedown request.

“Asking for reinstatement, we made it clear that it is technically impossible to upload any content to FrostWire. We explained that FrostWire is a tool, a BitTorrent client, a downloader for a distributed peer-to-peer network and that as such, it does not host, index, nor has the ability to control the content it is technically capable of downloading from third party sources.”

But despite a DMCA counter-notice to Google, the Internet giant stood its ground. Google refused to reinstate the Android app, a surprise decision given FrostWire’s reputation for staying within the law.

After almost eight successful years on the Google Play store, the FrostWire team says they have been left “dumbfounded” by what they say is an “unsubstantiated claim” from a single company.

Sadly, this unfortunate situation appears to be the straw that broke the camel’s back. Heavily reliant on their Android variant, the team indicate they will now move away from FrostWire.

“With over 80% of our user-base running on the Android platform, in a world where the majority of android installs occurs through a centralized app store monopoly, we don’t see a viable path forward. After 14 years the team is ready to move on to other passions and challenges,” they reveal.

Thanking users past and present for their support, the FrostWire team say that users should now take the opportunity to update their clients using FrostWire’s Github repository or its SourceForge page.

While this sounds like the beginning of the end for FrostWire, it isn’t the first time that the project has had a run-in with Google over its popular client.

This reliance on centralized and near monopoly app databases is clearly a big negative for applications like FrostWire. The team hopes that, moving into the future, Internet freedom will come to the forefront.

“We hope that in the end, a free, uncensored and decentralized internet will prevail,” the team concludes.

Update: The FrostWire team eventually reversed its shutdown decision and continued operating after it was reinstated by Google.