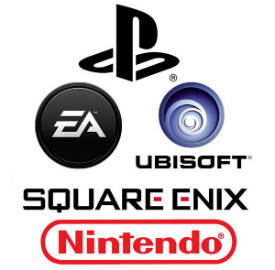 Along with the MPAA and RIAA the Entertainment Software Association (ESA) submitted its overview of “notorious markets” to the Office of the US Trade Representative (USTR) this week.

These submissions help to guide the U.S. Government’s position toward foreign countries when it comes to copyright enforcement.

The ESA represents video game companies including Blizzard, EA, Nintendo, Playstation and Ubisoft. In its report the group lists various pirate sites which allow the public to download games for free.

Torrent sites are one of the most significant threats according to the ESA, with KickassTorrents being the major player.

“The ‘Kickass Torrents’ torrent indexing site (kickass.to) has changed domains repeatedly in the recent past in response to enforcement efforts, and is currently accessible at the domain ‘kat.cr’,” the ESA writes.

“It is the most well-trafficked torrent indexing site in the world, and as its Alexa ranking indicates, one of the most popular websites of any kind on the Internet,” the group adds (pdf).

Additional torrent sites referenced by the game companies are TorrentHound and Isohunt.to. Interestingly, other big players such as The Pirate Bay are not mentioned in the report.

The ESA also sees cyberlockers as piracy havens, with Rapidgator.net being the most trafficked site in this category.

“This site is notable for its extremely low global Alexa score, indicating a high volume of traffic. In August 2015, the site was responsible for hosting more than 43,000 infringing game-related files available for download by third parties,” the ESA notes.

The game companies welcome the assistance of the U.S. Government but point out that taking a website down doesn’t always have the desired effect. Last year the popular German language linking site Boerse.bz was raided but today its successor Boerse.to is even more active than the previous version.

Finally, the ESA also highlights a relatively new trend in which “pirate servers” target subscription-based game services. These cloud-based games are less vulnerable to traditional forms of piracy but “rogue” servers emerged, which allow users to play the game for free.

“When users are diverted to play on such servers, game publishers are not able to monetize their online games as described above and thus face reduced opportunities to recoup their investment in creating the online game,” the ESA notes.

As an example the ESA lists Warmane.com, which allows 10,000 to 20,000 people per day to play World of Warcraft without paying the monthly subscription fee Blizzard requires.

Later this year the US Trade Representative will use the submissions of the MPAA and other parties to compile its final list of piracy havens. The U.S. Government will then alert the countries where ‘rogue’ sites operate in the hope that local authorities take action.