There are many methods used by copyright holders and the authorities in their quest to disable access to pirate sites.

Site blocking is one of the most popular but pressure can also be placed on web hosts to prevent them from doing business with questionable resources. A skip from one host to another usually solves the problem, however.

Another option is to target sites’ domains directly, by putting pressure on their registrars. It’s a practice that has famously seen The Pirate Bay burn through numerous domains in recent years, only for it to end up back on its original domain, apparently unscathed. Other sites, it appears, aren’t always so lucky.

As a full member of IFPI, the Peruvian Union of Phonographic Producers (UNIMPRO) protects the rights of record labels and musicians. Like its counterparts all over the world, UNIMPRO has a piracy problem and a complaint filed against four ‘pirate’ sites will now force the world’s largest domain registrar into action.

Mp3Juices-Download-Free.com, Melodiavip.net, Foxmusica.site and Fulltono.me were all music sites offering MP3 content without the copyright holders’ permission. None are currently available but the screenshot below shows how the first platform appeared before it was taken offline.

Following a complaint against the sites by UNIMPRO, the Copyright Commission (Comisión de Derecho de Autor) conducted an investigation into the platforms’ activities. The Commission found that the works they facilitated access to infringed copyright. It was also determined that each site generated revenue from advertising.

Given the illegal nature of the sites and the high volume of visitors they attract, the Commission determined that they were causing “irreparable damage” to legitimate copyright holders. Something, therefore, needed to be done.

The action against the sites involved the National Institute for the Defense of Competition and the Protection of Intellectual Property (Indecopi), an autonomous public body of the Peruvian state tasked with handling anti-competitive behavior, unfair competition, and intellectual property matters. 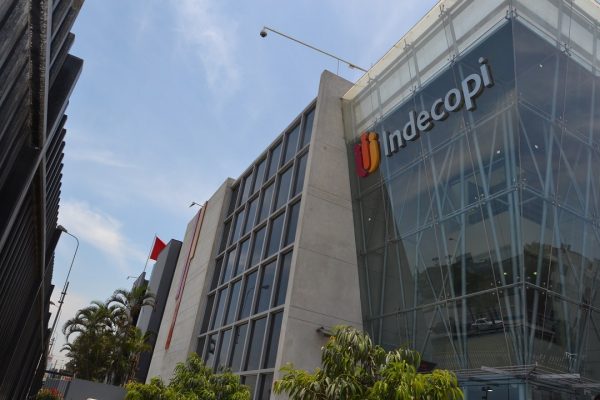 After assessing the evidence, Indecopi, through the Copyright Commission, issued precautionary (interim) measures compelling US-based GoDaddy, the world’s largest domain registrar which handles the domains for all four sites, to suspend them with immediate effect.

“The Copyright Commission of INDECOPI issued four precautionary measures in order that the US company Godaddy.com, LLC (in its capacity as registrar of domain names) suspend the domains of four websites, through which it would have infringed the legislation on Copyright and Related Rights, by making available a large number of musical phonograms without the corresponding authorization, to the detriment of its legitimate owners,” Indecopi said in a statement.

“The suspension was based on the great evidence that was provided by the Commission, on the four websites that infringe copyright, and in the framework of the policy of support for the protection of intellectual property.”

Indecopi says that GoDaddy can file an appeal against the decision. At the time of writing, none of the four domains currently returns a working website.

TorrentFreak has requested a comment from GoDaddy but at the time of publication, we were yet to receive a response.

Is GoDaddy Blocking Domain Transfers After the SOPA Boycott?