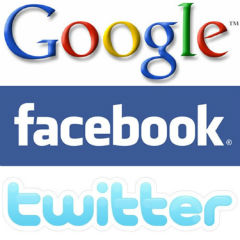 In recent months there have been several lawsuits in the U.S. in which copyright holders were granted broad injunctions, allowing them to seize domain names of alleged pirate sites.

In addition, these injunctions were sometimes directed at hosting providers, search engines and social networks, preventing these companies from doing business with these sites.

Most recently, such a request came from Hollywood’s major movie studios, who previously sued several MovieTube websites. The companies asked for a preliminary injunction ordering several third-party companies to stop linking or providing services to the pirate sites.

This proposal reminded some opponents of the blocking provisions that were listed in the controversial SOPA bill. Among the opposition are some of the largest tech firms in the world.

A few hours ago Google, Facebook, Twitter, Tumblr and Yahoo submitted an amicus brief (pdf) asking the New York federal court not to include neutral service providers in the injunction.

According to the tech giants the proposed language goes too far. An injunction should not target companies that are not in “active participation” with MovieTube, nor should it circumvent the rules that are outlined in the DMCA, they argue.

The tech companies suggest that the MPAA is trying to resurrect SOPA-powers through this lawsuit and ask the court to halt their efforts.

“Plaintiffs now appear to be repackaging the excesses of SOPA into the All Writs Act. Indeed, the injunction proposed here would require the same online intermediaries targeted by SOPA to engage in the same kind of content and domain blocking that would have been required under SOPA had it been enacted,” the tech companies argue.

“The Court should not allow intellectual property rightsholders to obtain through the existing statutes the very sort of third-party blocking orders that failed to gain legislative approval.”

Instead, Google, Facebook, Twitter, Tumblr and Yahoo ask the court to rule that online services can’t be targeted by broad injunctions against websites they are not actively involved in.

“Such a ruling would be all the more appropriate in light of the fact that Congress recently rejected a push to change the law to authorize exactly these kinds of broadbased online blocking orders,” they note, referring to SOPA.

While the requested injunctions are not new, this is the first time that a broad coalition of tech companies has voiced its opposition. As a result, the MovieTube case may set a crucial precedent for the future of website blocking in the U.S.

Last week the EFF also warned against the potential danger of the MPAA’s proposed injunction. This didn’t fare well with several entertainment industry insiders, who told the group to shut up. However, with the tech giants getting involved there will only be more talk about it now.