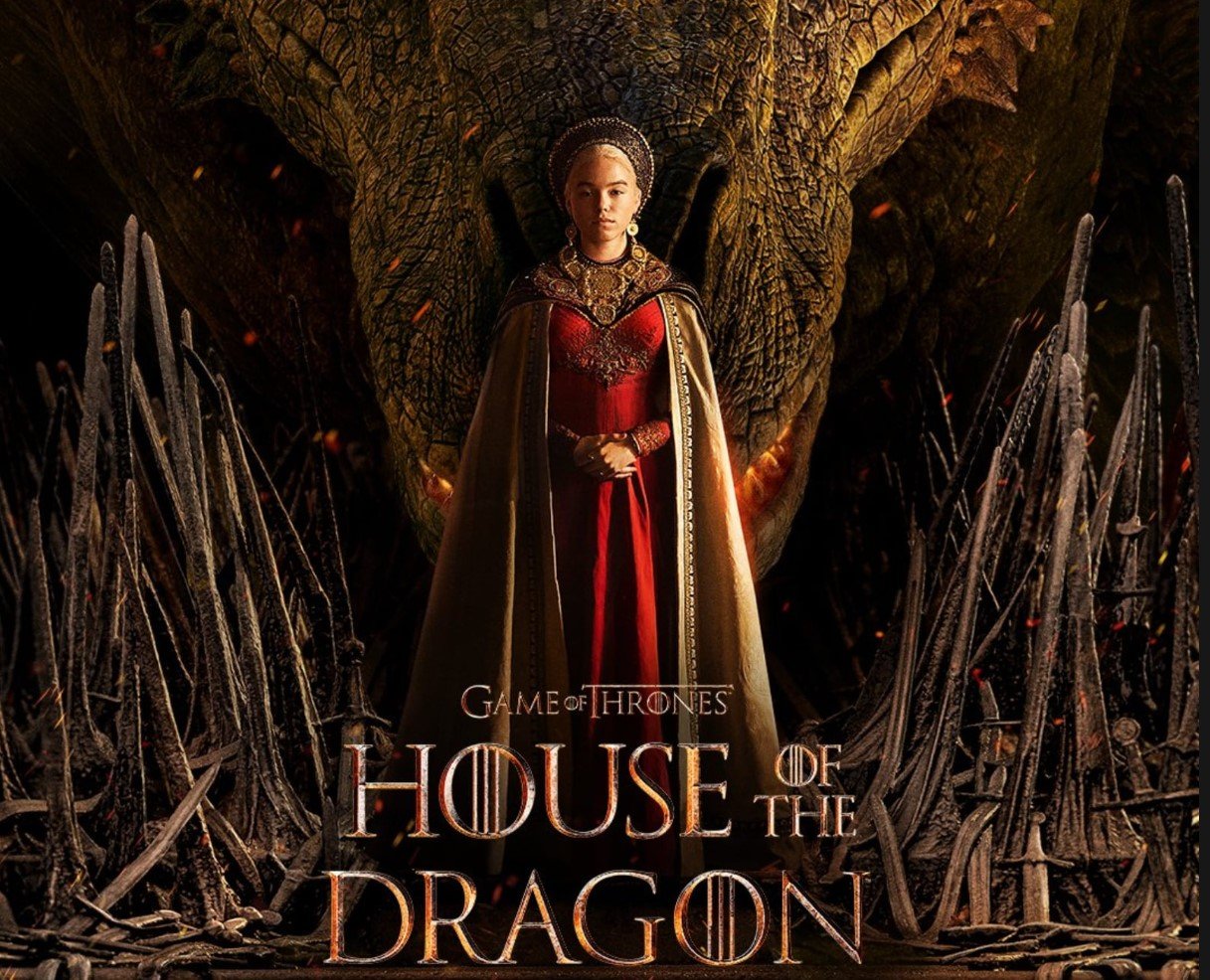 With the release of HBO’s “House of the Dragon” and Amazon’s “The Lord of the Rings: The Rings of Power,” two major fantasy series premiered last month.

The former was an instant success on pirate sites where, in true Game of Thrones spirit, it was leaked before the official premiere.

While both series are hard to compare, the media has pitted them against each other to see which one performs best. Does “The Rings of Power” dwarf “House of the Dragon” or vice versa?

In terms of user ratings, the Game of Thrones prequel wins by a landslide but official viewer statistics are harder to come by. According to Variety, the Dragons now average 29 million viewers per episode. Amazon hasn’t released much data on its billion-dollar production but previously said that the Rings premiere drew a 25 million audience.

To add our two cents to this battle, we decided to take a look at how both series are doing on pirate sites. With help from IKnow, we looked at a large sample of millions of global BitTorrent transfers over the past two weeks (7-21 September) which resulted in a clear winner. 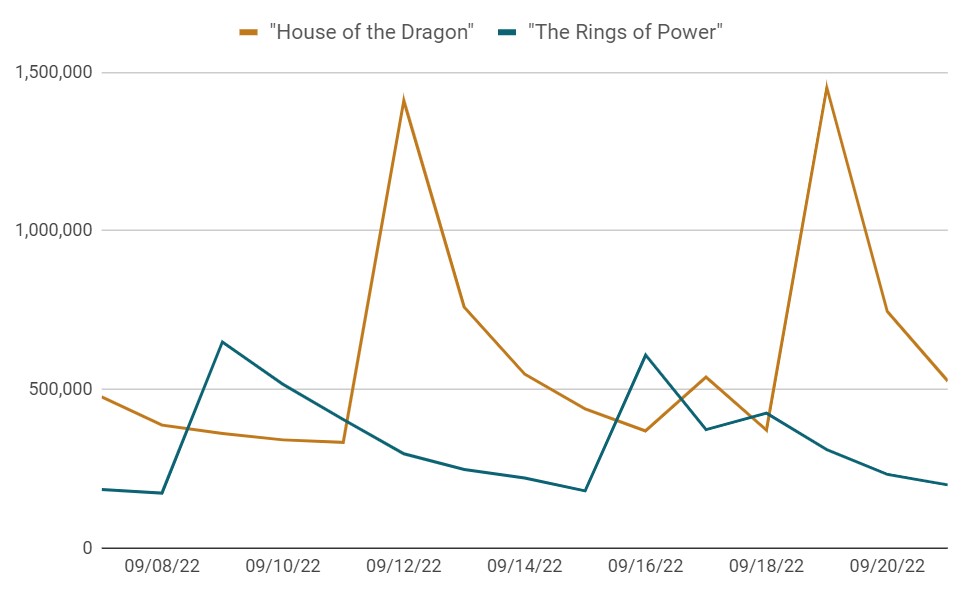 The graph above shows that The “Rings of Power” doesn’t even come close with a maximum of roughly 650k estimated downloads. It typically beats the GOT prequel by just a small margin, shortly after a new episode is released. Over the two weeks, this resulted in 5 million downloads.

To give an indication of how popular “House of the Dragon” is, on the day of release the show is good for more than 10% of all movie and TV show downloads. That’s a percentage we haven’t seen for a while.

Looking at the countries where “House of the Dragon” is most downloaded, Russia is clearly in the lead. This makes sense as torrent downloads are traditionally popular there. Also, as a result of sanctions due to the Ukraine invasion, there are no legal options to watch the series.

Brazil is the second on the list of countries, while the United States takes the third spot. The top ten is completed by India, the UK, South Africa, China, the Philippines, Australia and France.

The data shared here cover a large chunk of the estimated public torrent downloads. However, this only represents a small portion of all piracy activity, as ‘views’ on unauthorized streaming sites can’t be measured so easily.

That said, we believe that torrent downloads are a good proxy for the overall interest among pirates.

The overall conclusion that pirates prefer Dragons over Rings is also corroborated by piracy tracking firm MUSO. The company told Adweek that there is significantly more interest in the Game of Thrones prequel on torrent sites.

The popularity by itself doesn’t say much about how much people like the shows. Amazon Prime tends to be cheaper in many countries and more widely available too, so that could play an important role as well.

At this rate, it wouldn’t be a surprise to see “House of The Dragon” pick up where Game of Thrones left off. That is, the TV series is well on its way to becoming the most pirated TV show of 2022.