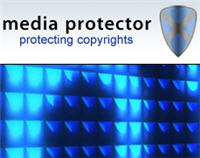 Hustler Europe is getting on the “turn piracy into profit” bandwagon. It has recently hired anti-piracy tracking company Media Protector to start tracking down those who share Hustler videos online.

Media Protector operates in a similar way to tracking company Digiprotect, who currently work with lawyers Davenport Lyons in the UK. It connects to BitTorrent swarms, eD2k and other filesharing networks, and harvests IP addresses of those sharing copyright works without permission. Media Protector then works with lawyers to force ISPs to disclose the personal details of those allegedly sharing files, sending them letters ordering them to pay a ‘fine’ (out-of-court settlement) or face legal action.

“We are working today with a lot of international rights-holders and leading production companies — including Hustler, the world’s largest adult entertainment company — and have detected well over 200,000 copyright infringements in Germany alone,” Media Protector founder and Managing Director Rainer Strassmeir told Xbiz.

Strassmeir believes that aggressive anti-piracy enforcement is the key to embedding a type of fear in the illegal downloader. He claims it soon becomes known which content producers chase pirates, with those that do witnessing a corresponding decrease in illicit downloads. He also believes that the decrease in piracy leads to an increase in retail sales.

Anti-piracy company Digiprotect has been open about its aims – it says it helps clients “turn piracy into profit”, although the lawyers it works with in the UK deny that there is any profit motive, rather their actions are purely for anti-piracy purposes. Strassmeir isn’t embarrassed to say that he tries to generate profit from piracy either, as he states that his customers “enjoyed a new revenue stream by effectively monetizing copyright infringements.”

Last year, the evidence collected by Media Protector was called into doubt. A recipient of a 700 Euro compensation demand for unauthorized uploading was actually operating a client which was modified never to upload, thus making infringement impossible.