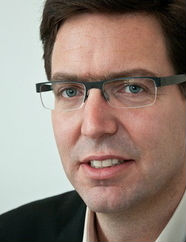 During 2009, the IFPI in Switzerland was undergoing restructuring and as part of that appointed Beat Högger as its new CEO. He had a plan to employ two secretaries, but with a twist.

The pair would not be paid by the IFPI, but by a company called IPGate. This company was originally set up to exploit the intellectual property rights of a German inventor family but it also did a lot of work for IFPI. The Zurich-based boss of IPGate and the CEO of IFPI had something in common – they were the same man, Beat Högger.

The secretarial appointments went ahead as planned, but why would IFPI want to have their employees working for another company? According to a reference in its own documents, the aim was “tax optimization”.

In Germany during mid-April 2010, IPGate applied for “exemption from domestic income tax deduction” but in order to achieve this status it would need to prove that it was active in Switzerland. By having a couple of employees on board, let’s say a couple of secretaries for example, that requirement would be more easily fulfilled.

According to journalist Christian Bütikofer, who uncovered this developing story earlier in the year, in October 2010 the Federal Central Tax Office in Bonn, Germany, subsequently granted IPGate a tax deduction of 316,500 euros.

IPGate had been doing significant amounts of work for IFPI. They managed performing rights revenue through SwissPeform, a company that also connected it IFPI chief Beat Högger.

Högger has now resigned his position at IFPI Switzerland and his board members are trying to distance themselves from his actions, but according to journalist Christian Bütikofer, that probably won’t be possible.

When Högger wanted to employ the pair of secretaries in 2009 he necessarily sought the permission of his fellow board members. Those discussions took place during a conference call between Högger, Ivo Sacchi of Universal, Julie Born of Sony, Ueli Bracher of Music Sales, Stefan Grulert of EMI and Martin Schiess of K-Tel and Victor Waldburger of Phonag.

The proposal gained approval with two exceptions. Victor Waldburger disapproved of the appointments while Ivo Sacchi abstained from the vote, but whatever the outcome IFPI knew that the secretaries would be working at IPGate.

Through a spokesman IFPI say they were unaware “that IPGate may have had the intention to act illegally against the German tax authorities” but they are also denying that the board agreed to contract IPGate to carry out the other responsibilities outlined above.

According to IFPI the agreement was “signed by the CEO [Beat Högger] alone and without the knowledge of the Board.”

All agreements between IPGate and IFPI have now been terminated but the tax investigation continues.