ImageShack, as the name already suggests, is best known for their image hosting. However, the site has more to offer, like their torrent download service for example.

ImageShack allows its users to upload a .torrent file to the site, which will then be downloaded to the ImageShack servers. After the download is complete, the files can be easily downloaded via a http link in any browser. The service is ideal for people who have throttled connection, and those who don’t want to give out their IP address to the public.

In April we reported that ImageShack had rolled out the BETA version to the public but since then some exiting features have been added. One of these new features is the video preview feature. When you add a popular video torrent to your download queue, it will show you a time-line of image stills, so you can verify the content and the quality of the file. Below is an example of such a time-line. 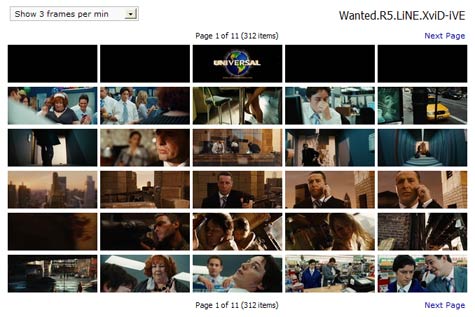 Torrent download services are not new, but there are only a few that don’t change any money. Jack Levin, the founder of ImageShack explained to TorrentFreak why he started the project: “We think its going to be a great service for users, especially in the light of ISPs rate-limiting torrent traffic. There are a lot of free and legal torrents out there that people should have easy access to too. We have the capacity to do it, and the world needs it.”

Although the service is free, there is a storage limit of 5GB and a transfer limit of 10GB per month. Users that would like to use the service more intensively will have to pay a subscription fee, starting at $10 a month for 10GB disk space and 15GB bandwidth.

Initially, we had some concerns about the service, because it did not support seeding. The torrent simply disconnected as soon as the download was finished, which hurts the overall swarm speed. This has changed as well, as ImageShack now allows users to seed files up to 150%.

The torrent downloads are pretty easy to manage, and the site provides some basic details about the progress of the downloads. Under the “status” link it lists information about the download progress, connected seeds and leechers, share ratio and more. Other great features are selective downloading, which is ideal if you only need one file from a big torrent, and the ability to request an email notification when the download has finished.

It’s doubtful that Hollywood will like the service. However, Levin is not worried about this: “DMCA applies, so, if we get reports from copyright owners to take down content, we will comply,” he told us earlier. Overall we would say that the service does what it promises, it downloads files much faster than most residential connections would, and has become more friendly to the torrent community now it allows seeding. Worth a try.