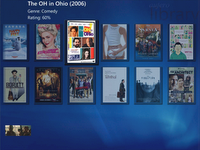 Whatever faithful Mac/Linux users like me might say, there’s no denying that Windows XP is the most widely used operating system, and it’s only inevitable that Vista will inherit the thrown from its ageing predecessor. Therefore, the most important platform for any BitTorrent developer is Windows. And what better way for BitTorrent to take on mainstream media stores like iTunes than to nestle itself right in the middle of what will be the most widely used media centre software? If there’s one thing that can give the AppleTV a run for its money, it’s a BitTorrent media centre.

Aufero is everything you’d want in a media centre. Here’s a list of features.

Best of all, it sounds like the developer is planning to release Aufero under an open source license. I think Microsoft should be thanking him, because he’s just created a worthy Windows-based competitor to the AppleTV. Sadly, there’s almost no chance of that happening. For his own “protection”, the developer isn’t disclosing anything about himself, not even his name. All we know is that he (or she?) is Dutch.

Aufero is not yet available for download, as it’s in the early alpha testing phase. If you look at some of the screenshots, this is made obvious by the current UI, which is rather unpolished. But the developer stresses that it’s not complete yet. 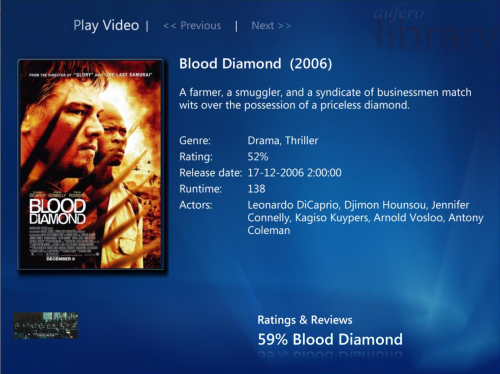