It would appear that when a subject is sufficiently peripheral to policymakers, slow incumbent industries can get whatever repressive and counterproductive policy they want, even in the face of overwhelming public opinion to the opposite for about 40 years.

Twenty years later, in 1990, the war on certain species of plants was harsher than ever before.

Around 1995, at the dawn of file-sharing with ZModem over BBS networks and early dialup, and even more so with the advent of Napster a few years later, everybody and their brother were convinced copyright monopoly laws needed to be updated to reflect reality – like you unceremoniously adjust a map to the observed factual terrain. It was deemed to be a couple of years out, five years tops.

Here we are, twenty years later, and utterly insane corporate power grabs in the name of TPP, TTIP, and TISA are being cooked, while policitians remain dangerously clueless on the matter. Meanwhile, respect for the copyright monopoly as a law is considerably lower than the respect for speed limits.

The pattern here is that while the delusion and the disconnect remains active, punishments become increasingly harsher as policymakers desperately try to align the terrain with the map in their delusional heads, kind of how a military force with a bad mapmaker need to use an ever-increasing amount of explosives to fix the terrain instead of the map.

This goes on until the system comes down, until the hypocrisy ends, until people just stop pretending.

Slow cracks in the facade start appearing before the 40 years are up and you hit some sort of tipping point: in 1992, Bill Clinton famously said that he had smoked cannabis, but defended himself saying he “didn’t inhale”, as if that somehow made it politically acceptable in the eyes of the vested interests.

In 2007, a full fifteen years later, Barack Obama said “of course I inhaled, that was the point”, and didn’t try to excuse himself in the slightest. That was forty years after 1968. (Well, 39.)

The pattern here is that the people with crazy delusions of entitlement, such as the copyright industry, simply take forty years to die, so those ideas get naturally erased from the group and the population at large. This is not a new pattern; it is present as early as the Christian/Jewish/Muslim sacred texts, when Moses led a bunch of people from Egypt to the Levant, which according to said texts took 40 years.

Now, it doesn’t take 40 years to walk from Egypt to the Levant. It takes two months to walk westward from the Levant across all of Europe, and Egypt is one-tenth that distance. The only way to make it take 40 years is to walk around in the desert at random, making 40 years of time pass.

We’ve frequently said that the current idiocy will solve itself once the people of the net generation come into the string-pulling positions of power, but that’s still some time out, and we gotta hold the barricades against dark-black dystopia until then. If we’re extrapolating 40 years from Napster, that puts us about 2040. People with the most political power are usually 50-60 years old, which means they will have been born in 1980-1990: the net arrived when they were in their late childhood to early teens. The people born in this time understand the net, and they have absolutely no sympathy whatsoever for the parasitic copyright industry swimming in its despicable and damaging delusions of entitlement.

But should we really have to wait another 25 years for the blatantly and painfully obvious to become apparent to policymakers? Can’t we use, you know, this Internet thing to make ideas move just a little faster today?

As a complete side note, another plant was banned earlier in history with the roughly same pattern and the same arguments. The plant was coffee. 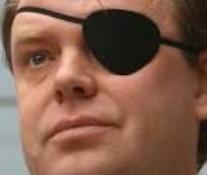