At the start of the decade several new bills were introduced in the United States, aiming to make it easier for copyright holders to enforce their rights online.

The proposals, including SOPA and PIPA, would’ve streamlined the shutting down of allegedly infringing domain names and threatened to increase liability for third party services, among other things.

Fearing broad Internet censorship, the proposals ignited a wave of protests led by various activist groups. But, what started as a small protest movement was swiftly elevated to mainstream news, when tech giants such as Google and Wikipedia joined in.

As a result, the balance of power tipped and Hollywood and the music industry were forced into retreat. Soon after the blackout, both bills were declared dead, a victory which is still frequently referenced today.

Still, many of the concerns that were brought up half a decade ago remain relevant today. Site blocking efforts and domain name seizures are still high on the agenda, and the same is true for search engine ‘censorship’ and liability for ISPs and other third party services.

What has changed is that, instead of tackling these issues through legislation, rightsholders are now focusing on individual lawsuits and voluntary agreements.

This means that for activists, Internet Freedom Day could still be relevant now, both as a remembrance and as a call to action. In any case, it’s worth noting that without the protests things could have been very different today.

Below are a few of the many ‘blackout’ pages that were up (or down) five years ago.

Wikipedia was completely inaccessible for 24 hours, except the pages about censorship, PIPA and SOPA, of course. 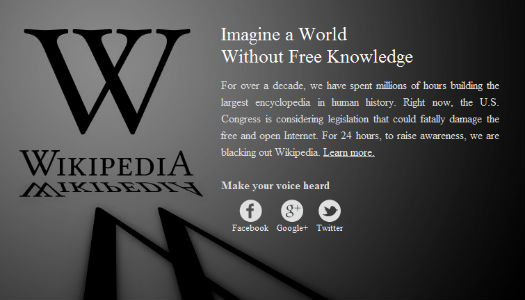 Google blacked out its logo to protest PIPA/SOPA and added a link to a resource page where people could take action. 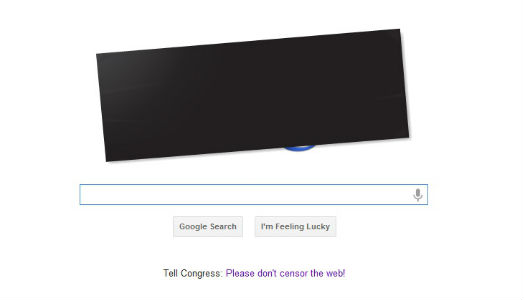 Reddit directed its users to a resource site where they could take action. 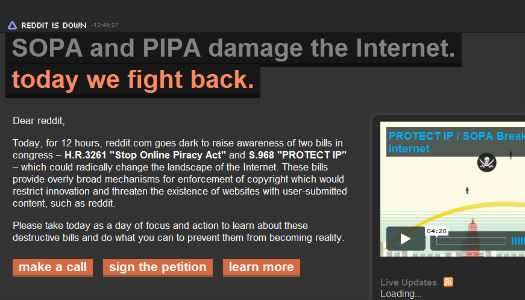 The image sharing site Imgur offered information on the protests as well as steps to take action. 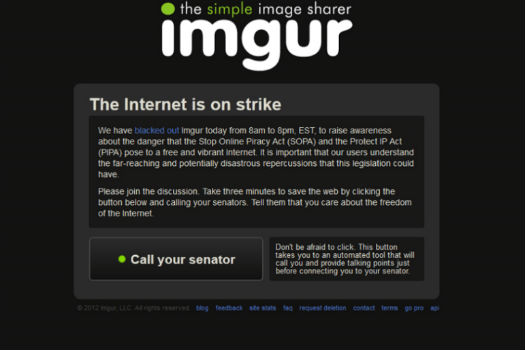 Demonoid, one of the largest BitTorrent communities at the time, went dark completely, with a nice spotlight effect. 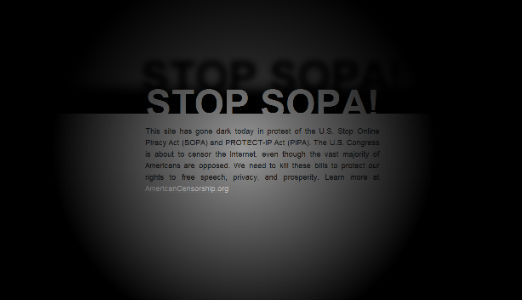 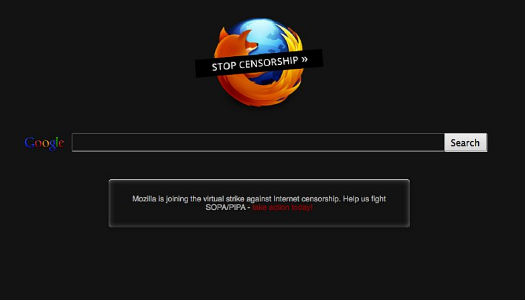 The online classified advertisements portal Craigslist directed the public to a resource site where they could take action. 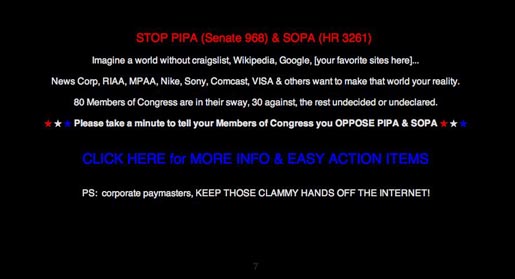 WordPress joined the protest too, and decided to censor itself for the day. 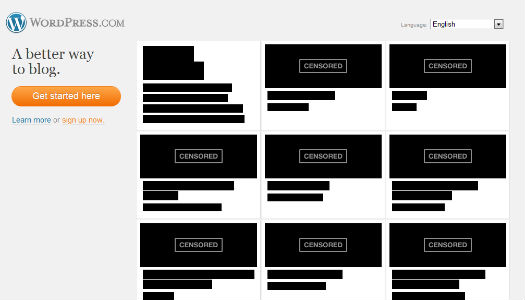 Minecraft protested as well, but in red with the tagline “PIPA & SOPA, How About NOPA.” 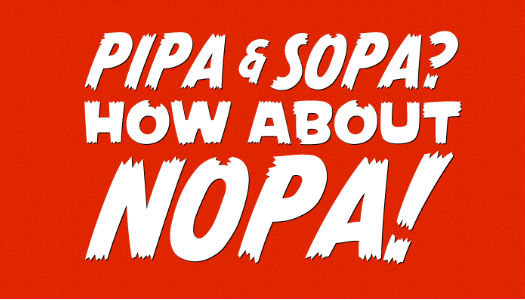 Yes, we also took part, giving readers the option to save the Internet, or… Meh… 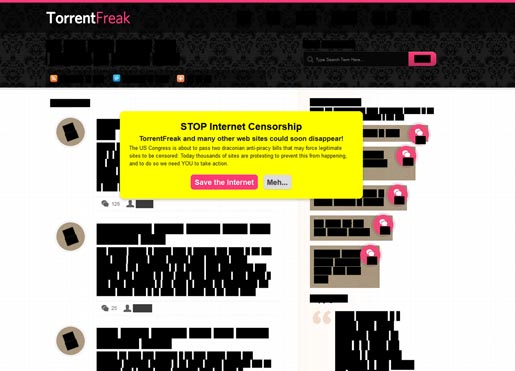